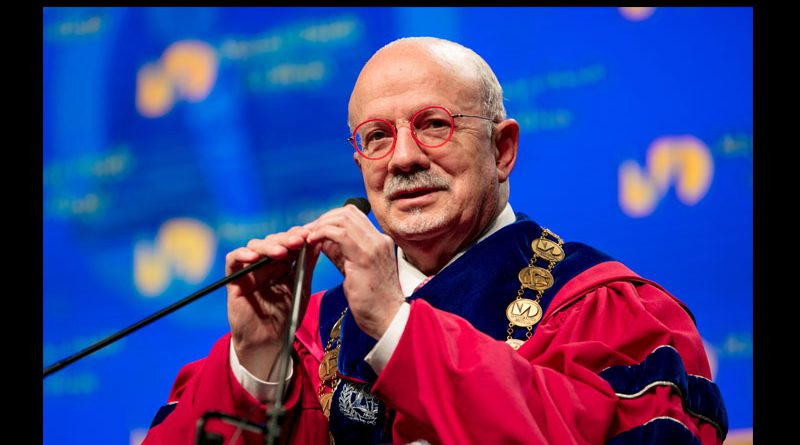 Eduardo J. Padrón, who built Miami Dade College into a higher education juggernaut during his 25 years as president, will not stay on past Friday, according to a senior administration official.

He announced his plan to retire in February, but there had been hope he would stay on as president until the College selects his successor. In July, the Board of Trustees voted to reboot their five-month presidential search citing the need to expand the candidate pool.

Padrón could not be reached for comment on Tuesday.

The Board of Trustees is scheduled to meet on Thursday, Aug. 29 at 9 a.m. at Wolfson Campus to discuss the next step in the presidential selection process.

“It’s in his right. After 50 years of service, this is the day he was leaving,” said Board Chairman Bernie Navarro in his first interview since the July 24 meeting. “The decision lies on the board to make a decision to move forward. He’s not going to be part of it on Thursday and we need to figure out what the next steps are.”

The decision forces the Board to select an interim president—should they not select a permanent one by Friday.

“It’s very odd to think of Padrón as an outside when it comes to anything at MDC, but it’s not his purview to select the next president,” said United Faculty of Miami Dade College President Elizabeth Ramsay. “That is for the Board to do. He gave almost 50 years of his professional life to the College. He deserves to retire.”

However, not everyone views Padrón’s departure as a bad thing.

Board member Marcell Felipe, after this story was published, sent a strongly-worded email to The Reporter lambasting Padrón’s influence in the process.

“Although his allies have attacked my integrity and that of the new Board, and although he has allowed and I think encouraged them to do so, this and what I believe was his mishandling of the Presidential Selection Process should not detract from his years of service to MDC,” Felipe wrote.

Also out: Diversified Search, the firm hired by MDC to find a new president. The College paid the headhunting firm more than $167,000 over the course of four months for direct and indirect expenses.

According to a source familiar with the process, the group chose to not continue its relationship with the College, believing their work concluded once the Board closed the initial process and didn’t select a candidate.

Michael Bileca, one of the trustees who questioned the broadness of the pool search during the July 24 meeting, believes moving on from Diversified Search makes sense.

It begs the question: will Thursday’s Board meeting result in a new president—or a new process?

Trustees can choose to vote on one of the original four finalists—Paul Broadie II, Divina Grossman, Lenore Rodicio or Reagan Romali—who, with a majority vote, will then become president.

However, only one of those candidates has publicly expressed interest in remaining—Rodicio.

In response to whether they would still have interest in the position, Grossman declined to comment due to familial issues while Romali and Broadie did not respond to requests from The Reporter.

If a new president is not selected on Thursday, the Board is responsible for choosing an interim president until the vacancy is filled. Padrón does not have a say in who would fill that role, according to Navarro.

“The Board has never indicated that it may or would consider voting for a President this Thursday. Its [sic] not something on the agenda,” Felipe wrote. “The option of selecting an interim President was discussed at the last meeting as one possible agenda item for this Thursday and may well be discussed.”

The BOT would then select a new set of standards and qualifications for candidates.

“In the end, the goal is a simple goal: get the very best qualified person we can for the College,” Bileca said. “We have to get it right and ensure we feel comfortable that we’ve had a good, wide variety of candidates before narrowing it down and picking the right one.”

Bileca also stressed that the new search shouldn’t take as long as the first one.

“I don’t believe it has to be a long, drawn out process,” he said.

Others disagree. Navarro believes that a new search must be as extensive as the first and could take as long as the initial process—up to seven months.

“Any search will take that amount of time,” Navarro said. “There’s a process. It can’t be a simple process, When there’s a search, there’s a process for a search. We have to adhere to everything we need to pick the next president.”

Alumni, faculty and students of the College have protested the discarded search, urging that the Board should remain transparent.

Many swarmed the streets in opposition on Aug. 24 during an 18-mile “rat race” car caravan across Miami as part of SOS Miami Dade College, a grassroots campaign organized by UFMDC. The trek began at Kendall Campus and ended as the caravan circled around the Freedom Tower.

In a letter on Aug. 2 to the BOT, The MDC Foundation Board of Directors warned that the uncertain process places the College in danger of losing long-time private donations, a backbone of the state-funded institution.

“The critical role and stellar reputation of MDC cannot be compromised, nor can the need for transparency and adherence to due process,” the letter read. “The interests of the hundreds of thousands of students, faculty, alumni and stakeholders who make up the fabric of this treasured institution must be respected.”

This past Saturday, Roberto Martinez, former Board Chairman and search committee member, sent a letter to the Board, urging the BOT to select a candidate from the original pool.

“I think it’s a disaster that we are in this situation,” said Provost Emeritus Kathie Sigler.

Heidi Perez-Moreno contributed to this story. 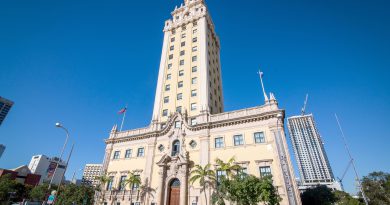 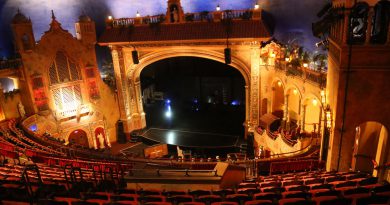 Who Will Manage Olympia Theater? Not Miami Dade College