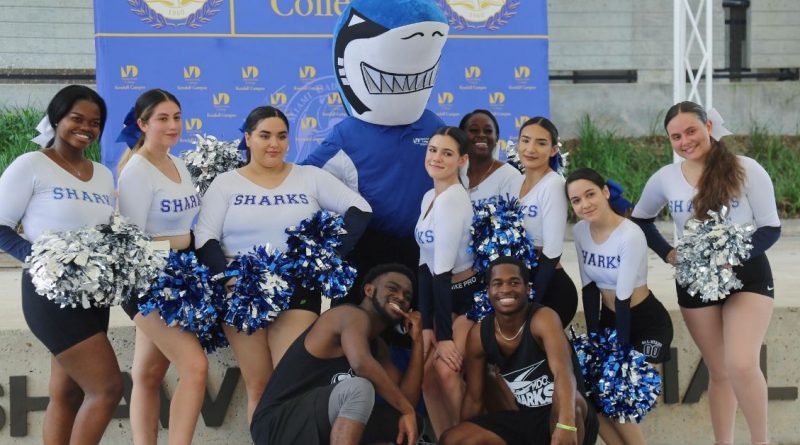 In mid-March the Miami Dade College Cheer and Spirit Club was gearing up for a showcase at the Koubek Memorial Center in Little Havana.

Then the unthinkable happened—the COVID-19 pandemic forced the College to cancel all events and gatherings.

“I was really upset,” said sophomore Luria Costa, a cheerleader on the team. “We had a whole new routine we were learning and were going to perform.”

For two months, the club stood idle because of stay-at-home orders and the closure of parks and gyms across Miami-Dade County. However, after some restrictions were lifted, the team resumed practice at Margaret Pace Park located on Biscayne Bay in late June.

That was a big step for the club because the nature of cheering makes it difficult to hold virtual practices due to the emphasis on synchronization and stunt execution.

They have created a semblance of a normal training schedule. Depending on their availability, 19 dancers gather at the park in downtown Miami—usually on Mondays and Tuesdays—to focus on cheering chants and dance moves such as the high V, low V, and broken T.

On Wednesdays, the team practices at IDOL cheer gym in Glenvar Heights from 7:30 to 10:30 p.m. They work on more complex movements such as cartwheels, running tucks, lifting stunts and cheerleading dismounts.

“In the beginning, it was challenging but we have gotten used to practicing in the circumstances we’re in,” said team captain and vice president Jessica Torres. “We just have to make it work and hope for the best.”

The team is taking strict precautions to avoid infections. Performers wear a face mask when practicing stunts that require them to be within six feet of each other. They also apply hand sanitizer between rehearsals.

In addition, if any member of the club shows symptoms of coronavirus, that person must refrain from attending practices and is advised to get tested immediately.

“The most frustrating thing would be that it’s extremely hard to breathe with the masks on during exercises,” Torres said. “We try our best to have them on to prevent getting sick.”

Torres, who started cheering in her sophomore year at Miami Senior High School, saw the sport as an opportunity to boost her confidence and make friends. She wanted others to have the same experience at MDC, but the previous club—known as the Miami Dade College Shark Spirit: Cheer & Dance Team—had last been active in October of 2017.

The Cheer and Spirit club was reestablished by President Ailen Milanes and Torres in June of 2019. Since then, the club has performed at several basketball games and pep rallies at Kendall Campus.

Among their plans is finding a coach, performing at MDC games, becoming an official MDC team, and participating at national tournaments like the National Cheerleaders Association competition.

“This is just the beginning,” Torres said. “We have so many opportunities to come.” 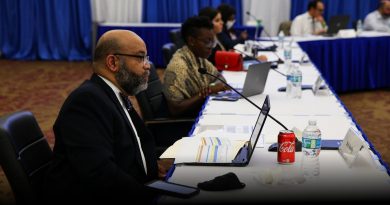 Presidential Search Down To Seven Semifinalists After Candidate Withdraws 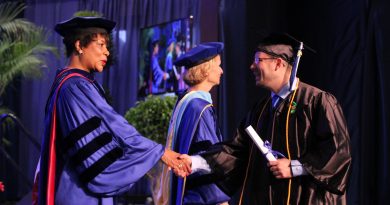