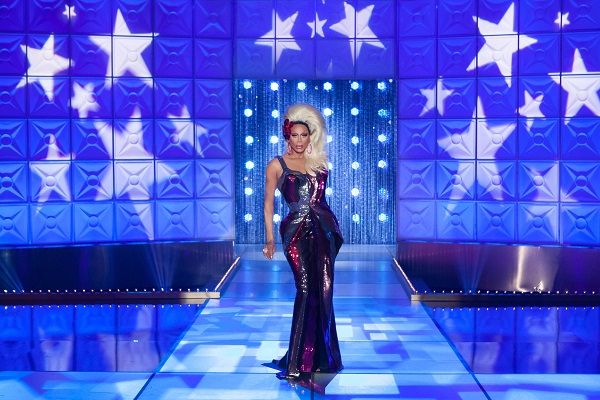 Whether you’ve been to an electrifying show or just seen the flashy costumes, drag queens know how to put on a once-in-a-lifetime performance.

Audiences have been entranced with the different aesthetics, music and choreography that only a queen can bring to the stage. With interest growing exponentially in the last decade, viewers are itching to get their fix of anything having to do with drag. This includes several television serie, films and web programming. If you’re looking for drag content, there’s no shortage of material available.

Looking to the past, one of the first times drag and the arts crossed paths is when Shakespearian plays employed young male actors to dress as women when actual women weren’t allowed on stage. It wasn’t until the mid-1900s that the drag we recognize today began to be associated with the LGBTQ+ community. More specifically, with the 1969 Stonewall Riots, where queens participated in protests against police raiding establishments with a large population of marginalized people, one of which were drag queens and transgender individuals.

Today, drag is more prevalent than ever due to the accessibility of content created by and for drag queens.

When looking at the most popular medium, television has several shows available to scratch that itch, the most popular being RuPaul’s Drag Race, a reality show with a cast of queens competing for the title of “America’s Next Drag Superstar.”

Hosted by RuPaul, arguably one of the most recognizable faces of drag, Drag Race had a viewership high of 723,000 in its season ten finale. The show demonstrates its capability of bringing in ratings as well as its achievements recognized.

The show has also been lauded multiple times by the Television Academy, winning 13 Emmys amongst its 34 nominations. Running parallel to the main show is an assortment of spin-offs, the latest being the UK version, which follows the same format with Queens from the United Kingdom. It’s a fantastic refresher from previous seasons and provides a great introduction to the series as well.

Leaning away from the pretty and sparkly Drag Race would take you to the opposite side of the drag spectrum with Dragula, the horror-themed drag competition focusing on “drag, filth, horror and glamour.”

The masterminds behind this series, The Boulet Brothers, explained the show’s broad appeal in an interview with femalefirst.co.uk: “It’s sort of a more badass version of drag than what they are used to seeing.”

The show constantly pushed the envelope with extermination challenges to see which contestants can stay in the game including stapling dollar bills to your body or skydiving at 18,000 feet. This truly is where drag meets horror, inviting the horror, filth, and terror that is not conventionally seen on shows like Drag Race.

Aside from television, there are multiple films starring queens created for streaming services like Netflix. These include the Hurricane Bianca duology, centered around a fictitious version of Bianca Del Rio; the documentary Drag Kids, which focuses on young children from across the globe entering the drag scene for the first time; and Cherry Pop, a musical comedy about a young newcomer experiencing a crazy adventure at a drag show. With so much content, your queue is always expanding.

No matter how you celebrate drag culture, from watching the numerous shows or films to going to your local shows to support hometown queens, it’s indisputable that drag queens have made their mark on the landscape of popular culture.  If RuPaul’s 2018 induction into the Hollywood Walk of Fame doesn’t cement the legacy of drag culture, then it’s hard to see what else will.