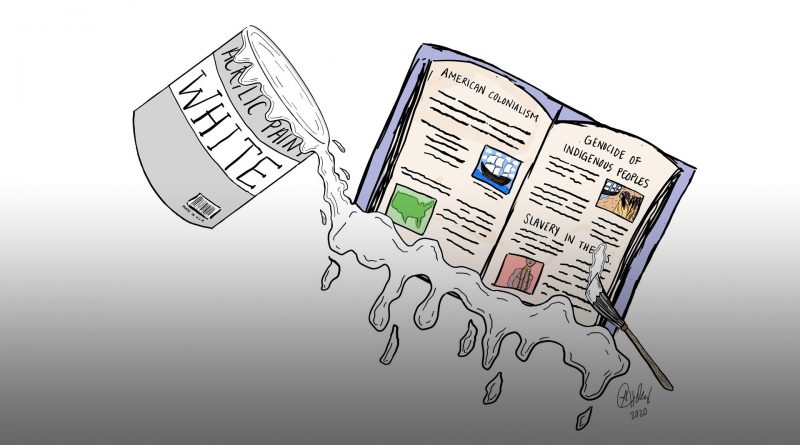 In recent months, a historic wave of protests have erupted as a result of the murders of George Floyd, Breonna Taylor, Ahmaud Arbery and countless other lives due to racism in our police departments and nation.

Many resources have been shared on social media platforms such as Twitter, Instagram and Tiktok to inform people how racism has influenced our economy, political environment and especially our education. The information proves that a lot of United States history is whitewashed in classrooms.

Growing up in Miami, I attended schools with the majority of students being Hispanic, a small percentage of Black students and almost no white students.

Most of my teachers during my years 12 of public school were Hispanic too, with a few being white. I don’t remember ever having a Black teacher.

The problem with whitewashing history is that it does not tell students the truth of the atrocities that Black, Indigenous and people of color have experienced. Instead, everything is painted in a way where racism was a thing of the past and the Civil Rights Movement ended it.

The Civil Rights Movement happened from 1954-1968. Black and white photos are often used in textbooks to depict that era. That gives the impression that the movement happened a long time ago. That is only a small way of whitewashing.

Nikita Stewart of the New York Times Magazine highlights in her article on educational malpractice that “states are not required” to meet academic standards for social studies and U.S. history. This causes students in every state to learn something different. According to the findings, one third of the 1,000 students that participated believed that the Emancipation Proclamation ended slavery.

Also, of 1,700 social studies teachers, 60% did not believe that their textbook’s coverage of slavery was adequate.

In the New York Times magazine article Maureen Costello of the SPLC tells Stewart that slavery is taught “because they have to teach the Civil War.” This resonated with me because in every history and social studies class I took, we only talked about slavery once the chapter on the Civil War began.

What was not explained was how the free slaves who helped the North fight experienced extreme racism at the hands of Union generals. What was also not taught is that the South’s mentality on free labor continues to exist today in our prison industrial system.

After watching Ava DuVernay’s documentary, 13th, I learn that slavery is still legal in the United States. If you are convicted of a crime, forced labor can be given as a punishment.

In 2019, a substitute teacher in Raleigh, N.C. resigned after a student told his father that she said that Martin Luther King, Jr. committed suicide. This, along with the depiction of Malcolm X as a violent figure in history are even more examples of how our education is whitewashed.

I distinctly remember being taught that MLK was good and Malcolm X was bad. However, Malcolm X’s perspective and experiences were never explained to us. Instead, we were shown images of the Black Panthers without any context, leading us to believe they were a dangerous group.

In reality, they created the Free Breakfast for School Children Program that is still used today in our schools. Where is their credit?

If students are not taught the reality of racism in the United States, we grow up extremely misinformed. This can cause children to grow into people who contribute to the system, allowing the cycle to continue.

We need to rethink the American education system and come up with standards for every state, ensuring that history is not swept under the rug and children grow up learning facts—not fiction. 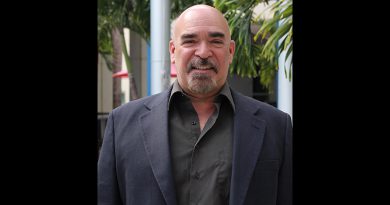 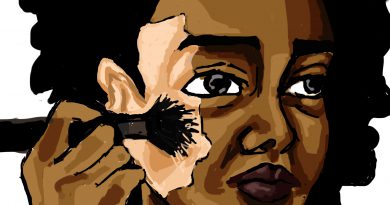