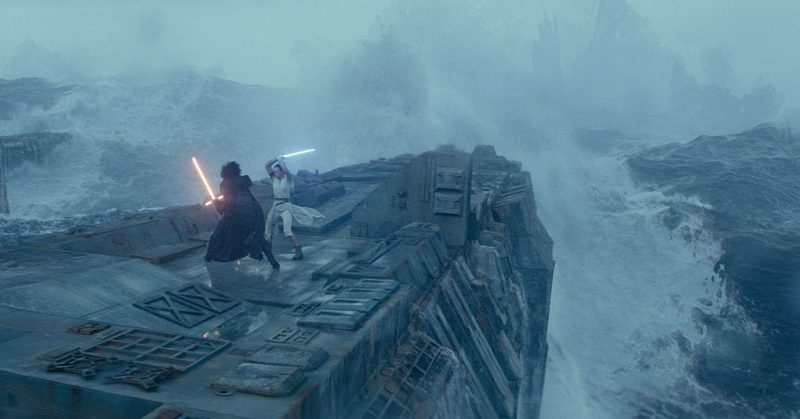 Move Forward: After the end of Star Wars: The Rise of Skywalker, the franchise has many roads to go down in both film and television.
PHOTO COURTESY OF WALT DISNEY PICTURES
A&E
January 10, 2020 Ethan Toth

With the release of Star Wars: The Rise of Skywalker, Disney certainly has multiple paths to take the Star Wars storyline down. The franchise won’t go quietly, especially since it’s the fifth highest grossing media franchise at 68 billion dollars. With some upcoming projects confirmed, let’s look at what the future of Star Wars has in store for audiences.

The launch of Disney+ has invigorated the idea of having smaller stories in the universe take place on streaming services. The Mandalorian, with its first season, was an incredible standout for the service’s original content and has already been renewed for a second. If production takes roughly the same amount of time, then it should be out next November.

The other two live action Star Wars shows under production are an untitled Cassian Andor series that follows the character from Rogue One in a spy thriller-like show, which starts filming in 2020; and an untitled Obi-Wan Kenobi series, announced last September and has Deborah Chow and Hossein Amini serving as series directors and writers. Filming is expected to take place in July of 2020 and will contain six, one-hour episodes upon release. Both Diego Luna and Ewan McGregor are expected to return for their respective series.

Alongside the live action content on Disney+, comes a bit of animation for the franchise as well. The final season of Star Wars: The Clone Wars will premiere in February and will end the show that started back in 2008. Announced at 2019’s D23, Disney’s convention in Anaheim, fans rejoiced as the series was given one last chance to wrap up the story, after the story left off on its sixth season back in 2014, when the series was put on Netflix’s platform. In an interview with Entertainment Weekly, creator Dave Filoni said, “It will conclude the story that [George Lucas] and I started together.” With no other animated projects currently announced, it’s up to this series to possibly champion others to follow.

Moving on to films, there are a few announced projects to look forward to post-Skywalker Saga that includes some very familiar names in Hollywood today. First up is a new trilogy of films from previous Star Wars alumni, Rian Johnson. After completing his directorial introduction to the franchise, The Last Jedi, Johnson worked on a personal project with the acclaimed whodunnit Knives Out.

With that past him, it’s up to him whether he’ll begin working on this new trilogy or work on one more project before tackling the franchise again. It’s his decision what direction this new venture in the series will take. There could be focus on previously seen characters, obscure ones or completely original characters in the universe.

After an incredible career helming the Marvel Cinematic Universe, Kevin Feige is adding the Star Wars Universe to his resume as well. Partnering with Lucasfilm’s president Kathleen Kennedy, the two are planning additional entries in the franchise for years to come.  With the experience that Feige has with expanding universes and Kennedy’s power to influence the story, the two can shape the franchise from something incredible to something never seen before.

Fans will have to wait and see what is in store for the universe and if Star Wars will continue to be the heavyweight champion of media that it started as way back in 1977.