With a number of critically acclaimed films already under his belt such as Bronson, Inception, and Tinker Tailor Soldier Spy, Tom Hardy looks to continue his dominance in Lawless. Coming out of Cannes this past May, the movie has already garnered favorable reviews and we can only hope that the word-of-mouth continues to spread positively up until its release in August. With an incredible supporting cast that includes the likes of Shia LaBeouf, Gary Oldman, and Guy Pearce, this Western crime drama is shaping up to be the perfect movie to end the summer of 2012.

The marketing for Abraham Lincoln: Vampire Hunter hasn’t done a very good job mentioning the fact that it’s based on a book that earned New York Times best-seller list status—it actually hasn’t mentioned it at all. I’m here to tell you that it isn’t just another crazy Hollywood concoction and that its source material happens to be a thoroughly entertaining read. Producer Tim Burton worked very hard to get this project up and running and actually ended up funding the movie himself along with two other partners. From everything we’ve seen so far, Abraham Lincoln: Vampire Hunter is looking to bring the summer fun that Battleship denied us.

In what is arguably the most anticipated movie of all time, The Dark Knight Rises is finally upon us. This closing chapter in Christopher Nolan’s critically-praised franchise is set to go off with a bang, pitting Batman against the villainous Russian terrorist, Bane. Truly great threequels are few and far between, but with Nolan’s virtually spotless track record, you can expect The Dark Knight Rises to join the likes of Return of the Jedi and The Good, the Bad and the Ugly.

Legendary director Oliver Stone brings us this tale of a pair of pot growers and the complications they get involved in after a Mexican cartel kidnaps their shared girlfriend. The film is based on the critically-acclaimed 2010 novel of the same name written by Don Winslow, who also had his hand in co-writing the screenplay. Throw in performances by John Travolta as a DEA agent, and Salma Hayek and Benicio Del Toro, as the heartless leaders of the Cartel, and you’ll see why this is my top pick of the summer. The badass candy skull masks and the well-designed movie poster don’t hurt either.

What’s not to love about Ted? It’s the first feature film by Family Guy creator Seth McFarlane, it stars the stunning Mila Kunis and solid-acting Mark Wahlberg, and it features a foul-mouthed teddy bear voiced by McFarlane himself. If you haven’t yet seen the redband trailer, and the hilarious thunder song featured therein, I suggest you do, as the TV-safe trailer doesn’t do it justice. Even if the preview scenes are the funniest the movie has to offer, it’s sure to hold many more laughs. Who knows, we might even get lucky and get to see a Ménage à Ted.

THE CAMPAIGN (Not yet rated)

Will Ferrell and Zach Galifianakis team up for this political laugher directed by Jay Roach, who also directed the first two films in the Meet The Parents series, and three Austin Powers flicks. With all this comedy gold at work on the same ticket, I don’t see how it can go wrong. The Campaign will definitely get my vote come election day.

Mark Pulaski, 29, is pursuing a bachelor of applied science degree in Film, Television & Digital Production in the School of Entertainment & Design Technology at the North Campus. He is currently serving as a staff writer of The Reporter. He was previously the editor-in-chief in addition to overseeing the A&E section and the Multimedia department. 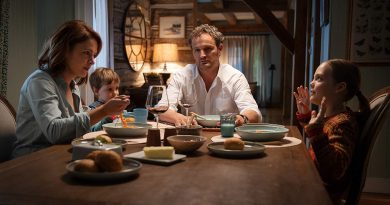 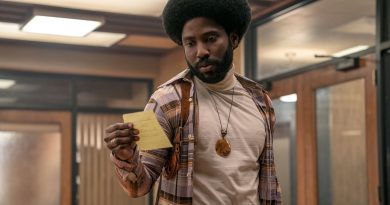