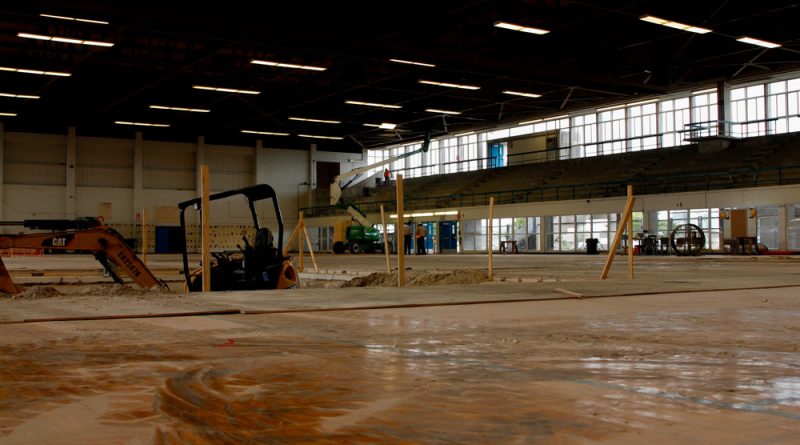 Revitalized: After years of abandonment, the basketball gym in building five will be converted into the Tactical Training Center, a two-story training facility for students at North Campus’ School of Justice. The project is expected to be completed in 2022.
VLADIMIR C. MOMPREMIER / THE REPORTER
News
January 10, 2020June 1, 2020 Roxy Garcia renovations, School of Justice, soj, training

The old basketball gym at North Campus, which has been dormant for more than 20 years, is getting a makeover.

It once hosted basketball games, gymnastics events and judo matches, but is now being transformed into a Tactical Training Center. Once construction is completed in 2022, it will house the School of Justice.

The two-story 79,954 square foot facility will serve as a training center for students in the SOJ to get hands-on experience. It will include classrooms, a simulation firing range, an emergency operation center, holding cells, a rappelling tower, labs and a virtual reality decision making lab.

“The importance of repurposing the gym is to create a new facility for the School of Justice that will provide the training and educational programming needed for the future and current law enforcement officers of our community,” said Fermin Vazquez, senior director of campus administration at North Campus.

The School of Justice, located in building 8, will be used for additional classroom space.

Planning for the space began in 2014, when MDC received $9 million in state funding. The project remained in limbo until last year when the College provided the remaining amount from their annual fiscal budget to construct the facility. The total budget for the project is $35,238,932.

Before it was a gym, the space served as an airplane hanger during World War II, eventually becoming a naval air station for the Miami-Opa Locka Executive Airport.

After the College bought the property in the ‘60s, it was transformed into a basketball gym for the athletics department to use for MDC and highschool games, until athletics was moved to Kendall Campus in the mid-‘90s.

Since then, the space has been abandoned. MDC hired Stobs Brothers Construction and Leo A Daly Architects to revitalize the facility.

“In order to teach students about the field, they needed to be exposed to the real world setting of a dispatch center and be exposed to the technology that comes with it,” Vazquez said. “If we already built it for educational purposes, why not build it for the College’s purpose?”

Although input will mostly come from administration and faculty, professors at the SOJ will also request input from students to access what the building needs.

“It will provide a state-of-the-art training center to our students and industry partners where they can learn theory and practice in real world settings,” said Raimundo Socorro, dean of the School of Justice, Public Safety, Law Studies at North Campus. 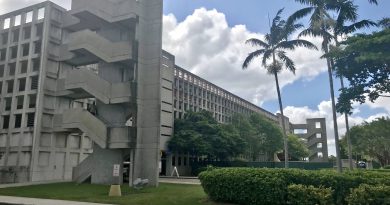 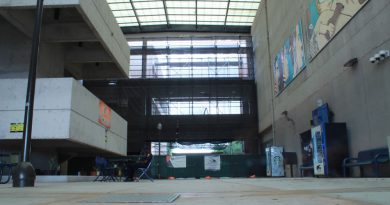 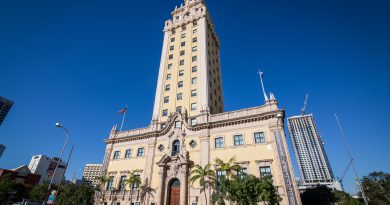 MOAD To Reopen After A Year Of Renovations