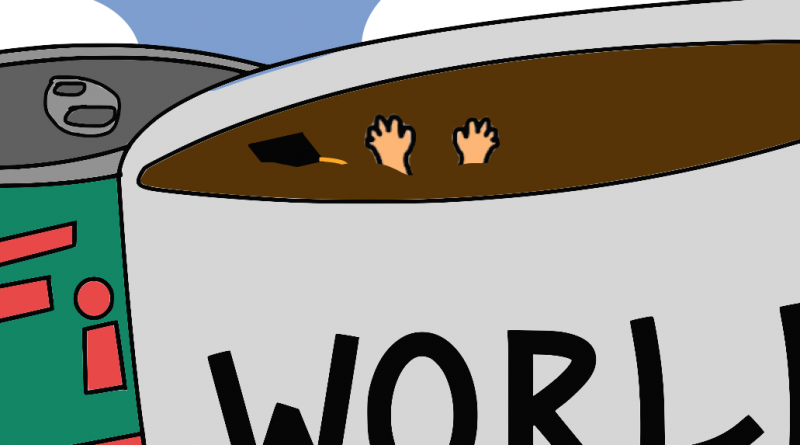 There are more than 700 Starbucks locations in Florida. Most of them are in heavily populated areas near schools and jobs enticing people of all ages, but a large portion of its customers lie within the 18 to 24 age demographic.

In addition to easy access, social jetlag and recurrent all-nighters join forces to create the perfect storm for college students to continue the cycle of over-caffeinating and undersleeping. This chronic lack of sleep is associated with deleterious short-term and long-term effects that can ultimately lead to greater morbidity and a shortened lifespan.

According to the American Chemical Society, adenosine is an inhibitory neurotransmitter that inhibits the activity of neurons and is one of the reasons we feel sleepy at the end of the day. It builds up every hour throughout the day and binds to the adenosine receptors on neurons.

Once it binds, proteins that slow down nerve activity are released resulting in drowsiness after many hours of buildup. Interestingly, caffeine has a similar structure to adenosine. It binds to adenosine receptors and ultimately blocks adenosine from binding.

This tricks the brain into thinking that it is earlier in the day and results in wakefulness. While this might be exactly what college students are trying to achieve, an unintended side effect is that their sleep at night can be compromised.

Caffeine’s half-life is approximately six hours, meaning that half of it will still be in the body six hours after it is initially consumed. Because many young adults drink coffee or other caffeinated beverages more than once per day, many of them may be going to sleep with a non negligible amount of caffeine still not metabolized in their body, leaving them jittery and unable to fall asleep at night.

Why does this really matter? Sleep can be broken down into non-rapid eye movement (NREM) and rapid eye movement (REM) sleep. Some research indicates that the deep stages of NREM sleep are associated with memory consolidation which is when short-term memory is converted to long-term memory, and REM sleep is crucial to learning.

Low REM sleep has also been associated with increased depression, anxiety, and suicidality. A college student cannot optimally study or learn with seven hours or less of sleep each night. This not only impacts creativity, problem-solving, and GPA but ultimately every student’s future. These effects can be seen even after just one night of sleep restriction, but in the long run, chronic sleep deprivation is associated with dementia and cancer.

Glial cells, a part of the recently discovered glymphatic system, shrink during sleep to allow cerebrospinal fluid, or CSF, to clear the brain of toxic proteins such as beta amyloid and tau protein—both of which are associated with Alzheimer’s disease.

In an NIH funded mouse study, it was suggested these cells swell during the day and during states of chronic sleep deprivation which reduces CSF flow and brain cleansing. In other words, there may be a link between a lack of sleep and the eventual onset of dementia.

Natural killer cells attack and eliminate cells infected with viruses and tumor cells. Research indicates that restricting sleep can reduce natural killer cell activity after one night of sleep loss and increase the risk of dying from cancer. In 2019, the International Agency for Research on Cancer concluded that night shift work is a probable carcinogen which is another indicator that sleep deprivation should not be taken lightly.

The brain does not finish developing until one reaches approximately 25 years of age. College students, the majority of which are younger than 25, are particularly susceptible to the negative consequences of sleep deprivation, and the habit of drinking excessive amounts of caffeinated beverages throughout the day to function is not helping one bit. 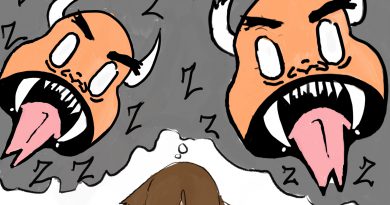 The Science Of Our Dreams 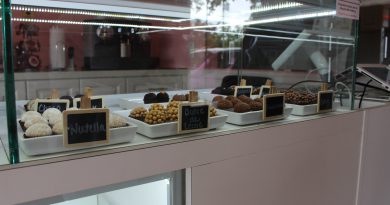 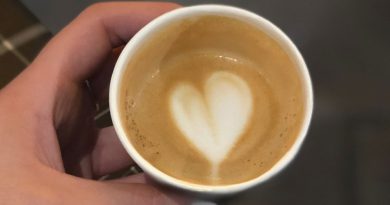 The Top 5 Places To Get Your Cafecito