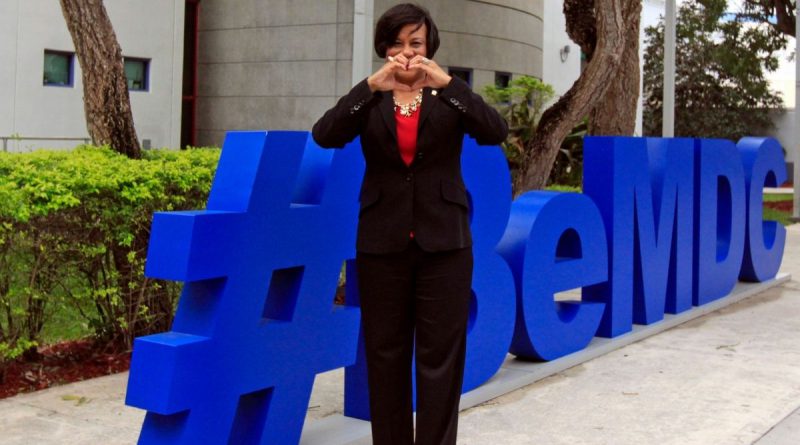 Jacobs, who is the longest-tenured campus president at the College, is retiring on Nov. 30 after 15 years at MDC. She will be succeeded by Oscar Loynaz, the current vice provost for workforce programs and professional learning at Homestead Campus.

“I take with me a sense of great pride in the work that we’ve done to help our students not only enter college but be successful,” Jacobs said. “I take with me part of the tremendous culture that we have at the institution that is very much a part of this community. And real love for the institution and a real sense of gratitude that I had the opportunity to work at Miami Dade College.”

Born in Franklin, Tennessee, she attended Fisk University in Nashville to study English—the closest major they offered to journalism—and graduated with a bachelor’s degree in 1975.

Jacobs applied for journalism jobs, but the first position she was offered was in education. She accepted and worked helping teachers at Johnson County High School in Mountain City, Tennessee for a year.

But when the opportunity to become a reporter arose, Jacobs found herself at a crossroads. She had to choose between working as a news reporter at a local television station in Franklin or take on a graduate assistantship that would help her pay for graduate school.

“My parents always stressed the importance of education,” Jacobs said. “I knew that it was really important for me to go ahead and pursue my master’s because I may not have that opportunity of a full assistantship in the future.”

She earned a master’s degree in education from Alabama A&M University in July of 1977.

“I was very fortunate to work with a number of students and to help them get on the path for a degree,” Jacobs said. “It was very important to me. And it was probably the most rewarding work that I had ever done.”

In 1978, Jacobs became the assistant director of community services and continuing education at Calhoun Community College. That jump started her 17-year administrative career at the college, which culminated with her working as associate dean of human resources and legal affairs. She also taught English courses during that time.

“[Leaving Calhoun Community College] was one of the most difficult decisions in my life,” said Jacobs, who earned a Ph.D. in administration of higher education with a minor in English from the University of Alabama. “Calhoun was very near and dear to me—that’s where I started my career and I had family and friends there. But I chose, I think with a leap of faith, to do so. And I have to say that it really did add to my professional growth and development as a leader.”

She made the move to Sinclair Community College in Dayton, Ohio in 1995. Jacobs served as the dean of liberal arts and sciences and managed eight academic departments including humanities, physics and online education.

Six years later, she was promoted to vice president of instruction. Her duties included serving as chief instructional officer and chief academic officer, as well as overseeing all instructional areas, academic affairs, continuing education, and more.

In November 2005, Jacobs started as president at Homestead Campus.

“You won’t find anyone more Disciplined and Principled, capital D and capital P,” said North Campus President Malou C. Harrison. “Dr. Jacobs was clearly raised this way, and her expectation through modeling and empowerment is to have others hone these attributes as a means to develop themselves as professionals.”

Her colleagues at Homestead describe Jacobs as a leader who strives for high-quality work and has a strong desire to see others succeed. They point to her approachability and open-door policy as attributes that have led to her connections in the community.

“In addition to being a pure professional, she is very down to earth and very human,” said Wesley Fox, dean of faculty at Homestead Campus. “She is a person that creates inclusive environments so she gives everyone an opportunity to do their very best. She works with everyone to turn their weaknesses into strengths.”

Students say they see Jacobs as an acclaimed academic who humbly serves her community and is a role model for students of color.

“President Jacobs taught us and showed us that it doesn’t matter where you grew up from or what your background is,” said Angelo Douillon, president of the Homestead Campus Student Government Association. “You can always make it to the top and be a successful person and make a difference.”

During her retirement, Jacobs plans to travel—she is unsure of where or when because of the coronavirus—and to spend time with her family and friends. She will also continue enjoying her trademark coffee with cream and two Splendas.

“Even though she is stepping away from day-to-day operations, she will continue to be a valuable resource,” Fox said. “We are naturally losing a valuable jewel because she will always be part of the MDC family. But the friendliness, the laughter, the smile, the parental eye that she gives you when she wants something done and she wanted that correctly—those are the memories that we will always cherish with Dr. Jacobs.” 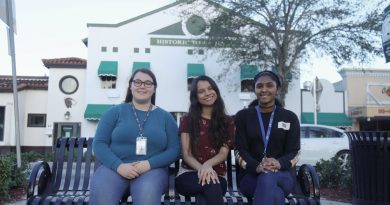 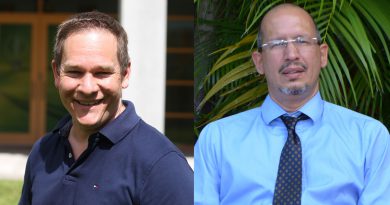