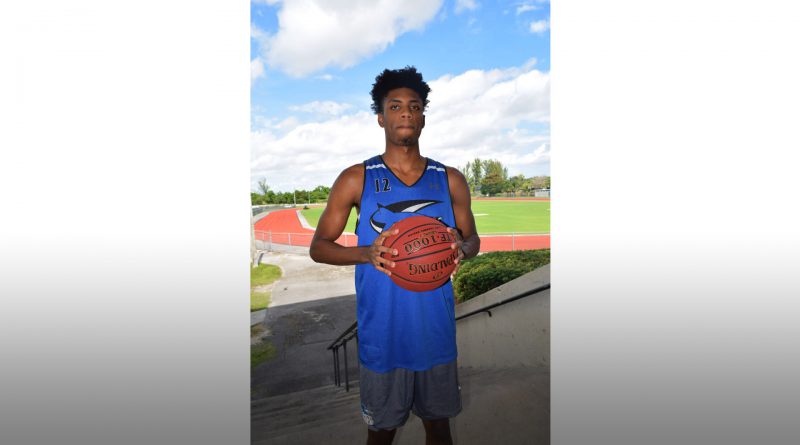 Victor Hart’s life has been a journey.

He has lived in Brazil, attended high school in Miami-Dade and Broward counties and once enrolled at Livingstone College, a Division II school located in North Carolina.

Now the 6-foot-7-inch forward has found a home at Miami Dade College. The red-shirt freshman is making a big impact on the court for the Sharks.

Hart is averaging 18.5 points and 8.8 rebounds per game while shooting a team-leading 50.9% from the field including 43.3% from the three-point line.

“Vick has helped the team tremendously this year because most bigs in the conference [don’t] have the ability to do what he does,” said Sharks shooting guard Richard Charles. “At times we’ll just give him the ball and let him do his thing, he’s put the team on his back a lot this year.”

Although born in Miami, Hart’s life took a drastic turn when his family moved to Brazil when he was five. His family returned to the United States at age 10, so he feels a special connection with the people and family he left behind in South America.

He started playing soccer at a young age but his dad encouraged him to try basketball. At first, he wasn’t good at it, but ended up liking it and made the switch in seventh grade.

“My dad never really took soccer away from me, he just wanted me to try,” Hart said. “I wasn’t very good at it, but I liked the sport. My dad influenced me to play.”

Hart started playing basketball at Olsen Middle School in Dania Beach when he was 11 and watched NBA players on TV, idolizing stars like Paul George and Kevin Durant. However, he didn’t take basketball seriously until high school.

He played his freshman season at South Broward High School in Hollywood, Florida and his sophomore and junior campaigns at Nova High School in Davie before transferring to North Miami Senior High School for his senior season.

Hart averaged 13.7 points and 9.1 rebounds per game for the Pioneers. He was selected as the team’s most valuable player and he was named 1st team All-Dade and 3rd team All-State.

He enrolled at Livingstone College in North Carolina, but he never played for the Blue Bears.

Hart, who is majoring in sports management, quickly integrated into the Shark’s up-tempo offense that averages 94 points a game.  As a result, the Sharks are off to one of the school’s best starts in recent years with a 13-5 record.

“This season is going great,” Hart said. “We can accomplish something.”

The Shark’s next game is on the road versus Indian River State College on Jan. 18 at  4 p.m. 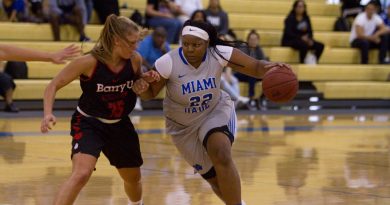 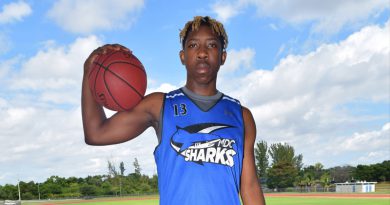 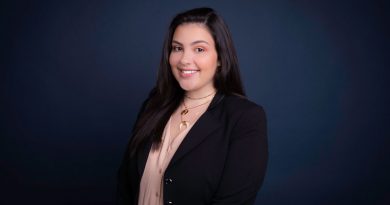