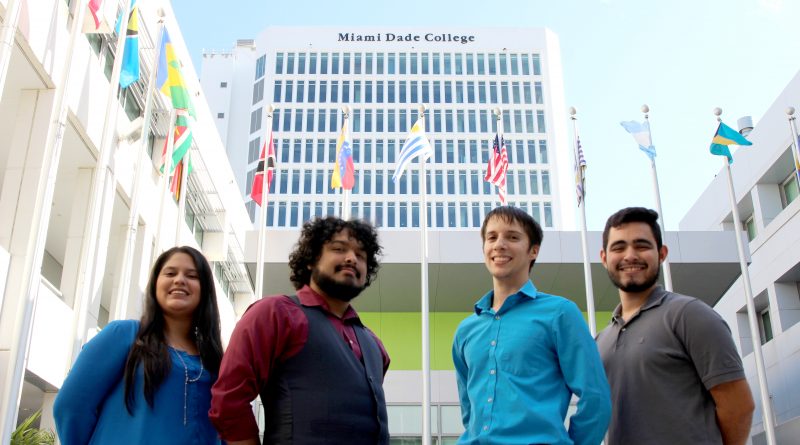 Seven years ago, four Miami Dade College students—three of whom were undocumented—led a 1,500-mile walk from Miami’s Freedom Tower to the United States Capitol in Washington, D.C. to send out a message.

During the four-month venture known as the “Trail of Dreams,” the DREAMers faced the risk of deportation, fought a “raw and real” anti-immigrant feeling, and took with them the stories of immigrants they met along the way to call attention to the need for immigration reform and to let everyone know they were here to stay.

And it was worth it.

The movement influenced the establishing of the Deferred Action for Childhood Arrivals (DACA) program by an Obama administration executive order in 2012.

Today, more than 750,000 young immigrants hold a renewable DACA status that temporarily grants them a work permit and driver’s license in the U.S. without being subject to deportation. But with the current administration, it is uncertain whether DACA is going to be discontinued, remain as it is now, or be replaced by a new program.

“I would tell [DACA recipients] to remember that there wasn’t a DACA before, and young people like them were achieving greatness even before this,” said Gaby Pacheco, 32, one of the three undocumented students who led the walk and graduated with a bachelor’s degree in K-12 special education from InterAmerican Campus in 2009. “The same way DACA was not given to us—it was fought for—we need to continue to fight for it, and if we want more, we need to be active and we need to do more.”

Miami Dade College has around 200 DACA students enrolled this semester, a dramatic drop from last semester’s 500-student estimate. Although the College has a higher overall enrollment in the fall term than in the spring term, it is speculated that the drop is partly due to political reasons, according to Juan Mendieta, the director of communications at MDC.

One of these students is Karen Garcia, a 24-year-old journalism major at Wolfson Campus, who came to the U.S. at the age of 10 from Guadalajara, Mexico. She overstayed a tourist visa and became a DACA recipient in 2013.

During her first two semesters at MDC, Garcia had to pay out-of-state tuition because she was undocumented. To save money for college, she worked as a nanny from 8 a.m. to 7 p.m. for one and a half years. Currently, she and her mother pay for her tuition out of pocket.

Garcia is the only one in her family who can legally drive in the U.S. When one of her family members living in Alabama was battling terminal cancer, she was able to transport her family for four months without the fear of being pulled over and arrested. She has additional pressures, such as transferring and having a career in two years so that she can help her younger brother pay for college by the time he graduates from high school.

“If I lose my DACA, I lose my job and my driver’s license, so I feel my biggest fear now is that,” Garcia said. “It’s like they give you something that you really wanted and they let you enjoy…this advantage that you would have never dreamed of, and then they take it away and you’re back to where you started.”

In June of 2012, Barack Obama announced a new policy offering deportation relief and work authorization to qualifying undocumented  immigrants brought to the United States by their parents as minors.

“[DACA] just opens up new doors to be able to study, get a higher education, work at a better job…Higher education is a way to rise above what’s normal,” said Adela Ramirez, 21, a DACA student and first-year psychology major at InterAmerican Campus, who arrived in the U.S. from Jutiapa, Guatemala when she was two years old.

Ramirez also entered the U.S. with a tourist visa that expired. Although her DACA application was denied twice because of issues with dates, she was able to secure DACA status in June of 2016. For the two and a half years she was waiting for her DACA to be approved, she was neither studying or working.

Obtaining DACA status was a determining factor in Ramirez’ education. Her parents pay in-state tuition thanks to a waiver specifically given to DACA students. The aspiring counseling psychologist hopes to earn master’s and doctoral degrees in psychology.

Apart from better educational and job opportunities, DACA offers other benefits like having a social security number and a credit card as well as being able to travel within the U.S. via airplane.

However, DACA recipients must apply for advance parole to travel abroad and return legally, and even with this travel document, re-entry into the U.S. could be denied. They are also at a disadvantage when it comes to eligibility for health insurance and federal student aid.

Before President Donald J. Trump took office, he promised to overturn DACA immediately upon becoming president. His intentions seemingly changed this past January when he told ABC News that his administration would handle the situation with “great heart.”

“We don’t know what the future is for DACA,” said Adonia Simpson, a supervising attorney of the children’s legal program at the Miami-based Americans for Immigrant Justice. “Individuals that have DACA and have certain interactions with law enforcement could very easily lose DACA and be put in removal proceedings.”

Traffic violations and misdemeanors would not cause removal. But having felonies or more serious convictions as well as threatening national security through involvement in gangs or terrorist activities can terminate a person’s DACA status and lead to deportation.

Despite this, some DACA recipients have been recently detained by Immigration and Customs Enforcement for other reasons like speaking about family members’ deportation with a pending DACA renewal and for being accused of gang affiliation.

To prevent the risk of removal, if someone has had an interaction with law enforcement, it is strongly recommended they speak to an attorney before they start DACA renewal or first-time application, according to Simpson.

“Having DACA is like ‘you’re good, you’re okay,’ but you still have to take extra precautions,” said Jhoan Camilo Diaz, 26, who has been a DACA recipient since 2014 and is majoring in translation and interpretation studies at InterAmerican Campus. “I don’t know if that’s the case for everyone, but feeling different from everyone else, not being able to live a normal life…makes you feel unsure. I just want to not have to see the people around me worry so much.”

Originally from Cali, Colombia, Diaz arrived in the U.S. at the age of four and overstayed a tourist visa. He used to work ‘under the table’ in construction, but now he is working toward a degree and certifications in translation so that he can translate documents in English and Spanish and have a secure job. In the future, he would like to open a small business like a family restaurant.

DACA does not offer the lawful pathway to permanent residency and citizenship that the Development, Relief and Education for Alien Minors (DREAM) Act would provide to immigrants brought to the U.S. illegally as children.

First introduced in 2001, the DREAM Act has been reintroduced multiple times and failed. Other versions of this legislation are still being proposed for passage, such as the Recognizing America’s Children Act proposed by Miami representative Carlos Curbelo, which would offer a path to citizenship to DREAMers brought into the U.S. before January of 2012.

To provide information and support regarding immigration concerns, all MDC campuses have hosted free “Know Your Rights” sessions delivered by Americans for Immigrant Justice. The presentations mainly cover how to exercise one’s rights if confronted by immigration authorities.

Individual consultations for students are also available to address their personal situations and see if they have other forms of relief from removal.

“Whenever we can facilitate accurate information, answer questions and address concerns of all our students, DACA and beyond, we are going to go the extra mile to make sure that our students have the most accurate, most pertinent…information so that they can make their best decisions moving forward,” said Joe Pena, the director of federal relations at the College, who has contributed in the collaboration between MDC and Americans for Immigrant Justice.

Kendall Campus students in the Students Working for Equal Rights (S.W.E.R.) club are also involved in the matter by partnering with the bigger S.W.E.R. organization to teach students how to stay protected from immigration raids through information sessions on campus.

TheDREAM.US, the largest scholarship program for DREAMers, was created by Gaby Pacheco and a group of people who fundraised $1 million dollars in 2013. It is now offered at 76 partner colleges, MDC being one of the first six. Pacheco is presently involved in advocacy, mentors students who want to attend college, helps immigrants in deportation proceedings and speaks to members of Congress about the issue.

One of TheDREAM.US scholarship recipients is Kevin Roth, an information technology major at the InterAmerican and Kendall campuses who got his DACA status in 2012. He is also a multimedia director at his church and is faithful that the Trump administration will bring a better reform for immigrants.

“Have faith that everything is going to come out for the good, despite anything that you may disagree with, the Trump administration has the authority, and we just have to work with them,” Roth said. “What we say has power and influence. Speak up and spread hope, not fear. We have had enough fear already.”

More than an immigration reform for themselves, DACA students say they want change for their families and all immigrants, who have lived in the United States for years, whose only intent is to build a better life in this country.

David Rivas, 20, a DACA student majoring in international relations at InterAmerican Campus, is inspired by his mother who sacrificed her degree and the life she had in Honduras for him to live the American Dream. 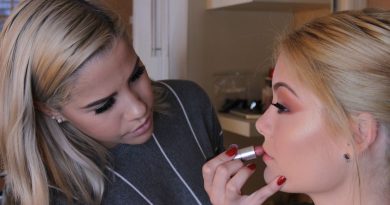 Wolfson Campus Student To Present His Research At National Conferences 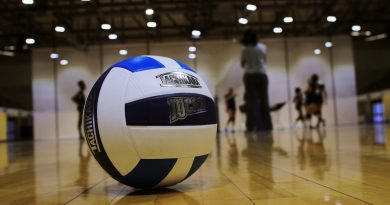