The Wolfson Table Tennis Club meets every Tuesday and Friday to duke it out in tournament-style ping-pong competitions.

In addition to the tournaments, the club, which  has 22 official members, meets to discuss events and tournaments such as the Wolf Pack Pong.

First place winners of the Wolf Pack Pong receive a book bag, a water bottle and a month-long free membership to the Wolfson Campus gym. Second and Third place winners receive a shirt and some school supplies.

All tournaments and meetings are open to any MDC student. They are held in the Student Life Department at Wolfson Campus in Room 2101.

The only requirement needed to participate in the tournament and to join the club is that participants be  registered MDC students.

“Chris [Marr] and I never wanted the club to appear as a Ping-Pong Elite club, we’re here to harbor an environment that allows people to grow with the sport,” Gauthier said. “No matter what skill level you are, you might not even know what ping-pong is, but we’ll teach you, and that’s the main focus of the club.”

Hasty said the club has changed her perspective on the ping-pong.

Unfortunately throughout the past, many people have not considered table tennis a sport, even though it is one of the Olympic games.

“It’s tough for some people to understand the legitimacy of the sport itself,” Gauthier said. “When I play with my teammate, who is at the same level as I am, usually you hear many people in the back say, ‘Why do they take it so seriously it’s just ping-pong,’ and that’s what I hope to change for the sport in the near future. We just want the respect that the other sports have.”

Hasty has been a part of the table tennis club at Wolfson Campus since 2014. She was recently promoted to vice president.

“A major goal of the club right now is to get table tennis clubs started in the other campuses since (Wolfson) is the only campus with one so far, that’s active at least,”   Gauthier said. 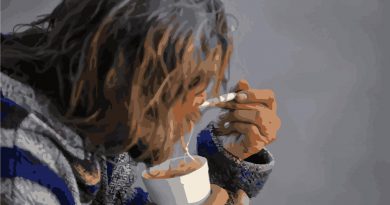 Not Your Usual Lunch Date