The book, a collection of more than 50 poems, won the 2016 David Martinson—Meadowhawk Prize. It is awarded to the best poetry manuscript submitted to Red Dragonfly Press each year. Winners get their manuscript published the following year.

The Frozen Harbor is about Hettich’s grief and sadness after the loss of his brother and mother. It is also about the impending sense that people are devastating the planet with the way they live.

“I really loved [this book] because when I read the original manuscript, I read one poem and it was so powerful that I couldn’t read anything else,” said Colleen Ahern-Hettich, the Director of the Earth Ethics Institute at MDC and Hettich’s wife. “I spent the whole day repeating the poem in my head.”

The Frozen Harbor  became a reality after another book Hettich was writing was put on hold by the publisher. To produce the book, he revisited some old poems he had put aside and decided to submit the collection to Red Dragonfly Press.

Besides writing, Hettich’s other passion is teaching. He has  been a professor at MDC for 28 years. He currently teaches creative writing and English composition courses at the Wolfson Campus and advises the campus’ literary magazine Metamorphosis.

“What drew me to teaching was working with people to articulate and explore the interests I have and try to communicate them with other people,” Hettich said.

Hettich’s students say they have benefited from his enthusiasm and knowledge. Lewis Beilman III is one of those students. He took a writing course with Hettich in 2006. Three years later, Beilman won first prize in the Fred R. Shaw Poetry Contest and earlier this year released his book, Fourth Of July, which he describes as “a dark tale of privilege run amok.”

“If it hadn’t been for the push he gave me as a writer, I wouldn’t have been able to grow the way I did as a writer,” Beilman said. “He helped nurture students’ writings while at the same time giving constructive criticisms that benefited us.”

Hettich began writing seriously during his second year at Hobart College. He was inspired by various Latin American poets, specifically César Vallejo. Soon he realized that he wanted to pursue poetry, but understood that he had to dedicate himself to the craft.

“For the rest of my college career, I read everything I could read and wrote as many poems as I could,” Hettich said.

The hard work paid off. Hettich’s prose has appeared in various journals and anthologies and he has published more than 12 poetry books during his writing career.

“Poetry is about taking something that’s been going on for thousands of years and passing it on,” Hettich said.

Michael Hettich will be conducting a reading of his book at 4 p.m. on October 8th at Books & Books, 265 Aragon Ave., in Coral Gables. The event is free to attend. 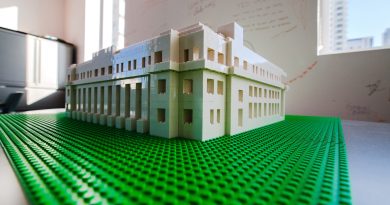 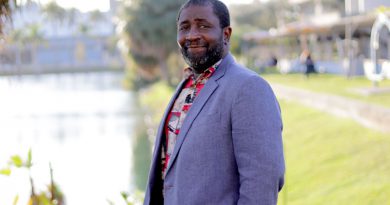 Professor Inspires Students With His Writing