Donald Trump has already uncovered half of his deceptive mask throughout this presidential race, but what lies behind the rest of it?

A recent post by the New York Times shows 258 people, places, and things Trump has badmouthed on Twitter, ranging from women to various countries around the world, including the United States. This seemingly never ending list solely encapsulates his activity on social media. In alternative settings, his unfiltered character constantly erupts words of greater stupidity. Ironically, this is the side of himself he is unashamed to uncover.

In terms of what he is concealing, there are various things Trump is not disclosing to the public, making him one of the least transparent presidential candidates in modern history. We the people, still have yet to discover what is being veiled. One of the scariest thoughts is jumping into a dark, unknown abyss. By being uninformed voters, we must be cautious when choosing the route we would like to be lead in for the next four years.

In addition, Florida’s votes are extremely important in this race. If Trump can turn the majority of our state into a republican unit, he can potentially win the election, considering how close the debate has gotten in terms of each candidate’s percentages.

You are probably thinking, “Why is this presidential race so close if Trump is ostensibly unfit for the position?” The answer is correlated with the deception of the mask toward half of America. Additionally, many of the votes are also biased since Hillary Clinton would be the first woman president. Many individuals are against introducing this type of diversity into our political system.

However, when 30 years of political experience are compared to Trump’s inexperience, the alternative would be more secure for the world. Clinton has established the correct temperament and professional etiquette that is expected from any president as opposed to Donald Trump’s duplicity and lack of professionalism.

Moreover, a recent publishing by The Economist Intelligence Unit (EIU), one of the most highly appraised groups of educated individuals, recently came up with a list of the top 10 global threats in our near future. To the shock of many, Donald Trump’s success in November’s election is ranked as the sixth most catastrophic event that will negatively affect our global environment and economy. As educated individuals, the future of our country, and our world, lies in our hands. In this marginal race, every vote counts. Your voice is as powerful to spark a change as is anyone else’s. The importance of your actions in this race are greater now than ever before. 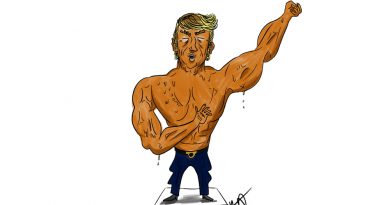 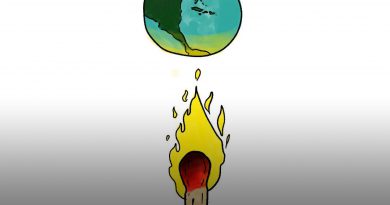 Leaving The Paris Agreement: One Of America’s Worst Mistakes