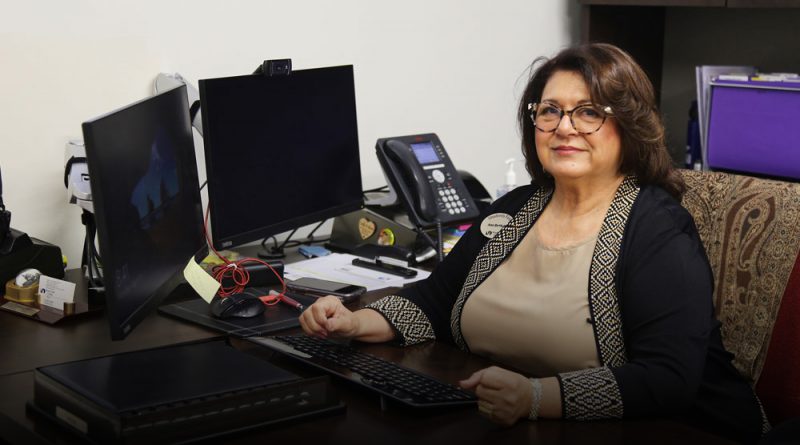 Next Chapter: West Campus’ Executive Director Ana DeMahy is set to retire on March 31 after working at Miami Dade College for 23 years. She wants her legacy to be the connections she’s made with students.
ALICE MORENO / THE REPORTER
News
March 31, 2020May 19, 2020 Adriana Dos Santos Retired, retirement, West Campus, Wolfson Campus

Ana DeMahy is a jack of all trades.

For the last 13 years, she has overseen construction, public safety, financial budgets and student services at West Campus.

DeMahy has watched the campus grow from an outreach center that opened its doors in 2006 with 156 students to an official campus in 2018 that enrolls 4,474 students.

“I do not believe we accomplish and succeed on our own. [The] successful projects, and accomplishments were collaborative efforts,” said DeMahy, who currently serves as executive director at the campus. “If I had to choose one thing, [as my legacy] it would be my connection to students.”

DeMahy is retiring on March 31 after 23 years at Miami Dade College. Before coming to West, she worked at Wolfson Campus for 10 years.

“She is upbeat and always optimistic with a smile on her face,” said Rene Garcia, a retired MDC administrator who worked closely with DeMahy. “Sounds like a cliché, but she is so committed to students. She knows no limits when it comes to serving students. Nevertheless, she holds them to the highest expectations and they seem to respond to her.”

DeMahy has not made concrete plans for her life after retirement, besides taking a cruise to Alaska, remodeling her home and traveling to Europe. She’s also considering taking a part-time job in interior design.

“It’s time for me to look for a different modality of life—a different way of life, a different phase of life,” DeMahy said. “[I want] to continue to work at a different pace then be able to get up in the morning and buy coffee and look at my orchids.”

Before her time at the College, DeMahy was torn between two careers—psychology and interior design.

“Interior design, color spaces, space utilization, low traffic, all that type of thing was always a passion of mine,” DeMahy said. “Psychology was as well, so I was always very torn.”

After graduating from Hialeah High School in 1971, DeMahy earned an associate in science degree in interior design from MDC in 1974.

She took a break from school after graduating from MDC to get married, raise her two children and figure out what major she wanted to pursue.

“I love [psychology because] it helped me understand a lot of things in life and people, and triggers for people and individuals,” DeMahy said. “[It’s about] moving forward—how do you overcome hurdles? how do you deal with challenges?”

DeMahy developed a passion for education while interning at the guidance center at the Dr. Marvin Dunn Academy for Community Education in El Portal, where she was eventually promoted to dean of students.

She worked with kids that had behavioral and attendance issues, and enjoyed helping them find solutions.

Three years later, DeMahy earned a master’s degree in counseling psychology from Nova Southeastern University. She completed coursework for a doctorate degree from Northeastern University, but never finished her dissertation due to family issues.

An internship at a senior citizen center in Miami Beach helped DeMahy realize that counseling wasn’t for her. She preferred to help select clients on a long-term basis, instead of seeing multiple patients every day for 30-50 minute sessions.

“I liked the piece where I could help people reach their potential on a, not deep psychological clinical point of view, but more on a superficial level: finding motivation, finding what your love is,” DeMahy said.

That’s when her tenure at the College began. DeMahy started as the Student Life Director at Wolfson Campus, where she oversaw student government, campus life and clubs. In addition, she taught some psychology courses.

Eventually, DeMahy made the switch from Wolfson to West Campus when the late Maria “Toni” Bilbao, who was executive director of West Campus at the time, tabbed her as director of student services and administrative services.

Colleagues describe DeMahy as a perfectionist with an immense understanding of the College. They also point to her commitment to students.

“Ms. DeMahy is someone who has a love for the work she does with students everyday,” said Veronica Gonzalez, director of advisement and career services at West Campus. “She ensures that everything she does is with the utmost excellence—from choosing a piece of furniture for the campus to having an interaction with a student.” 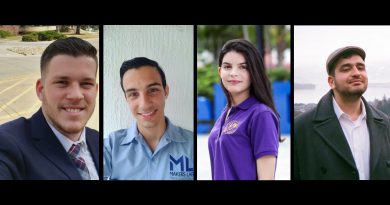