“Good but not good enough” summarizes the Miami Dade College Lady Sharks basketball team last season. They had a lot of positive moments and a lot of negative moments too, and these inconsistencies hindered their chances to qualify for the postseason.

The Lady Sharks hope to improve their team’s free throw shooting, which was 67.5 percent last year and cut down on the turnovers they committed on average which was approximately 11 per game.

“We went out and recruited some very talented players who are tremendous athletes, great people, competitors, want to win a championship and can flat out score,” Summons said.

Some of those prospects are 6-foot forward Cheah Rael-Whitsitt, 5-foot-10-inch guard Antenique Young from the Bahamas, and Michelle Wright, a 5-foot-7-inch point guard from Broward County, who is known for her ball handling skills and court vision.

Young, born and raised in Nassau, Bahamas, is a member of the Bahamas’ Women’s National Basketball team. Young was a critical component in helping her high school win the Government Secondary Schools Sports Association National Championship, notching the most valuable player award for the championship game.

Other notable additions are: Savannah Clark, a 6-foot tall forward coming from Chicago, Illinois with a very quick first step and good shooting skills; and Jany Miranda, from Braddock High School. Miranda, a 5-foot-6-inch guard possesses a strong outside shot.

With the infusion of talent, the team has its sights set on the national championship game in Lubbock, Texas.

“We are going to Texas,” JeTaun Rouse, a transfer from Marquette University in Wisconsin. “There is no spring break for us because this team will be in Texas.”

Rouse, a 5-foot-10 inch guard, was previously a McDonald’s All-American and the number 45 guard on the ESPN Top 100 High School Players in 2013.

“We have much more talent, size, scorers and talented athletes with solid depth in the rotation,” Summons said of the key differences between this new team and last year’s team.

The team also has some key cogs returning from last year. Among them are Priscilla Fernandez, a 6-foot-1-inch  forward, and Emporess James, a 6-foot center who averaged 12.6 rebounds per game.

“I’m excited about this group…we’ll see how things unfold as they get to know each other more.  That’s the key,” Summons said. “We’re bigger. We’re more athletic and we’re fast.” 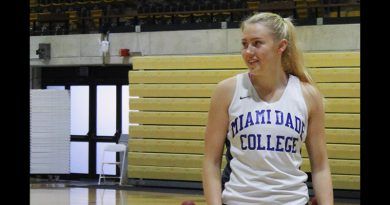 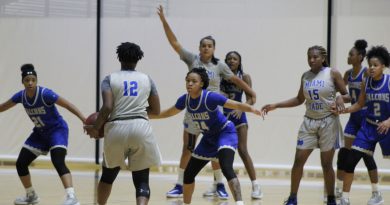