Famous for their miniature cupcakes, the bakery rotates between approximately 22-25 different flavors, ranging from blackberry to triple chocolate. Passion fruit, red velvet, very vanilla and guava are their bestsellers.

Along with their delicious cupcakes, the store also offers a large variety of vegan and gluten-free pastries, such as brownies, cookies, doughnuts, gelatos, milkshakes, cinnamon rolls, pizza rolls, empanadas and many more. Bunnie Cakes products can also be found at more than 15 different wholesale locations throughout Miami, Fort Lauderdale and Boca Raton.

A vegan is someone who avoids using or consuming animal products, as well as products containing dairy, eggs or animal derived products. Their treats are 100% peanut free and the only nut that can be found in their products is coconut. The difference between vegan and vegan gluten free is whether the flour contains wheat or not. This makes the treats healthier because there is no cholesterol and the oils and majority of the products used are made with organic ingredients. All Bunnie Cakes products are certified kosher, pareve and vegan by Kosher Miami.

The company’s staple decoration is a red or pink heart that comes in all products representing the company’s slogan, “Our heart with every cupcake.”

“Every single pink heart we cut every day one by one, and it’s a labor of love,” said Mariana Cortez,  the owner of Bunnie Cakes. “It’s something that requires a lot of patience, effort, time. It’s just a symbol of the love that we have for our brand and towards our products.”

A loyalty program exists where customers rack up points for each dollar spent, which can be redeemed for free items. All customers need to do to sign up is give their phone number and name. The store also offers lunch from 11 a.m. to 2 p.m. every day, catering services, birthday parties and birthday party table set ups.

“The cupcakes are amazing and the customer service is great, and the atmosphere is just so beautiful so I keep coming back,” Maria Gomez, 33, said. “I’ve been a customer here since February, or maybe a little bit before that. I’m new to Miami, and I just discovered it when a friend brought me some cupcakes, and now every birthday I come here for cupcakes. For any birthday, Mother’s Day or any celebration, I just come here. I’m vegan, and I’m always looking for healthy products with good ingredients.”

In September, the company plans to open up a studio behind the Wynwood bakery, offering DIY cake and cupcake decorating, decorating tutorials, weekly classes, and monthly events open to the public. The space will be available to rent on Sundays for birthday parties.

Cortez, 34, is a Venezuelan native who came to the United States at the age of 20. She is an MDC alumni who studied at FIU graduating in 2006 with a bachelor’s degree in mass communications/television production. She originally worked as a journalist and producer for four years.

“After I had my kids it was a very difficult schedule for an assistant producer, it’s very demanding,” Cortez said. “So, that’s when I realized that maybe that wasn’t the field for me, as a mother of two boys, it was very difficult for me to do their schedules and be in that field.”

It was her oldest son that led her to start baking back then and essentially founding Bunnie Cakes after a failed attempt to find a vegan birthday cake for her son’s second birthday.

Using her grandmother, whom she thought of as an awesome baker and inspiration to her, Cortez began by adopting some of her recipes and making them vegan. She founded her business back in 2009, baking out of her house and delivering to local restaurants and cafés. Then, she moved the production to a warehouse facility for a year before opening the store in February of 2013.

Although there is no specific meaning behind the company’s’ name, the store is decorated meticulously with a theme of love. Colorful decorations and an abundance of pink, fuchsia and red illuminate the store. Quotes and pictures representing love, friendship and family, along with a family wall of pictures, give the store a welcoming and friendly ambience. The menu is handwritten with different colors of chalk on a blackboard, contributing to its unique appearance.

“I’ve been working here for a month and a half, and I think my favorite thing about working here are the people,” customer service rep Armando Silva, 21, said. “My co-workers are good people, very funny, I have so much fun with Lorena. The customers, not everybody is so happy and kind but you have some people that come here that are nice, and they make it worth it. I like to talk to people, and the owners are very good people, and I’m happy working here.”

Bunnie Cakes has earned rave reviews from numerous publications and media outlets, being named the “Best Vegan Bakery In Miami” and making the Top 10 List of “Best Cupcakes In Miami.” They have been featured nationally on the Food Network’s series Cupcake Wars, which aired in 2014. They made it to the last round.

Now a mother of four, Cortez plans to expand her business to other markets and cities, and continue to offer tasty options to people who can’t, or prefer not to eat products derived from animals. 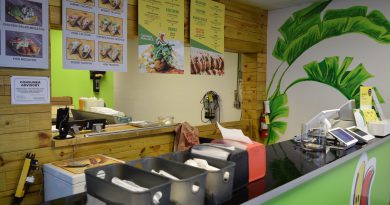 The Crazy Toston Brings A New Twist To A Miami Favorite 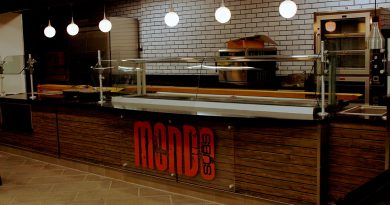