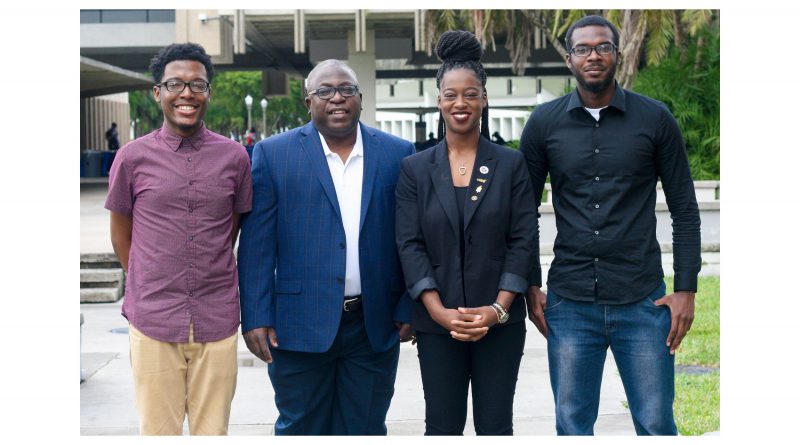 After graduating from Miami Dade College in 2015, Louvins Pierre needed assistance to  continue his education.

When Tuskegee University, a private Historically Black College and University in Alabama, offered a full-tuition scholarship, it was a godsend.

“If I hadn’t gotten that scholarship, it was a question as to whether I would be able to finish my bachelor’s degree,” said Pierre, 23, who graduated from Tuskegee University this past December. “It got rid of a lot of the financial stress.”

Pierre is one of many students who have benefited from an articulation agreement between MDC and Tuskegee University. Since the agreement was signed in December of 2008, more than $2.5 million in scholarship funds have gone to MDC students, according to Frederic Toney, a Tuskegee University alumni and the assistant director at North Campus’ advisement department.

Written by Toney, the agreement grants MDC students that transfer into Tuskegee University full acceptance with an MDC associate’s degree. It also provides the possibility of the Distinguished Presidential Scholarship and the Transfer Marriage Scholarship.

“The students that come from MDC, and I’ve dealt with all of them, they are bright, determined, have a goal, and do very well here,” said Thelma Vines, assistant director of admissions at Tuskegee University. “They have a mission, are appreciative of the scholarship and of the opportunity of educational growth.”

Students applying to the Distinguished Presidential Scholarship must have been accepted into Tuskegee University, applied for financial aid, have a minimum 3.5 GPA, submit two recommendation letters and a completed essay. The DPS, granted to three MDC applicants yearly, covers two full years of tuition, room-and-board and gives recipients an $800 textbook voucher.

“The Distinguished Presidential Scholarships helps [recipients] go to one of the most highly regarded private schools debt-free,” Toney said. “That’s a huge weight off their shoulders.”

This year’s three DPS recipients are Rodahina Pasteurin, Jermaine Jackson and Rodney Claude. All three are in their final semester at North Campus.

“This was truly a blessing from God,” said Pasteurin, a 19-year-old biology major studying to become a general surgeon. “I’m going to be a first generation college student at an amazing university where I’m valued.”

For TMS, students must have at least a 3.3 GPA. Under the partial scholarship, recipients are granted paid tuition for two full years and the $800 textbook voucher. The 2018 recipients have not been disclosed as of yet, but 11 MDC students have been awarded this scholarship in the past.

The College currently has 77 articulation agreements with colleges and universities around the nation.

“Miami Dade College is full of students with financial hardships,” Toney said. “So, to me it was important to connect them with this opportunity.”

Students interested in applying to Tuskegee University and the scholarships for the 2019 transfer class can email Frederic Toney at ftoney@mdc.edu or call (305) 237-1662.