The Donald J. Trump administration has been imposing sanctions on Venezuela since 2017. The main argument in favor of this is that the first few sanctions were primarily imposed on Venezuelan government officials such as Nicolás Maduro. But one thing you aren’t told is that the Maduro regime had billion dollar accounts overseas that might have been used to alleviate the economic crisis persisting in the country.

Many people claim that the current Venezuelan government has destroyed a country that was resourceful and had a history of economic success. This popular view does not give the full picture—for many years, Venezuela has been plagued with this sort of financial instability. One could blame it on government incompetence throughout the country’s history, a correct assessment—in a way.

The reason I say “in a way” is because many people have the wrong idea of what government incompetence means. Famines and wealth disparity have been common in the country since the 20th century. As a matter of fact, you are probably unaware that the nationalization of oil had started during a conservative administration. This was because the country suffered from such immense economic problems that industry leaders ended up advocating for more government assistance for the oil industry, so that the country’s primary source of revenue could be managed to keep the Venezuelan economy stable.

When Hugo Chavez took charge, he inherited a system that had already been designed to help with the country’s economic problems. The main problem with this system was that, despite economic growth, it maintained wealth disparities. The great mistake of the Chavista movement wasn’t so much any radical change. Rather, it was radically frivolous in trying to maintain the previous economic system that had not benefited the country.

One thing that did change was the distribution of this revenue; many new programs introduced during the Chavez regime played a substantial role in helping to tackle the wealth disparity within the country. Literacy rates went up and health services were expanded to the poor. Despite these well-meaning but minimal reforms, abject poverty still affected many Venezuelans throughout the country.

The Maduro regime has not improved this obvious crisis, but the United State’s destructive policies haven’t helped either. The Trump administration decided to impose sanctions on the country’s state-owned oil company PDVSA, the company responsible for bringing in most of Venezuela’s revenue and enabling it to survive. This has caused oil assets for the country to freeze, bringing the Venezuelan economy to a standstill. Many orders for medicine, food, and other basic needs have been halted by these sanctions.

The constant threats from Trump administration officials such as National Security Advisor John Bolton and Vice President Mike Pence also haven’t stopped the starvation and unrest stemming from these sanctions. To top it off, President Trump has now decided to consider military intervention as an option, despite the fact that Mexico has offered to mediate a resolution.

The U.S. is already concerned about caravans of migrants moving toward their border; the introduction of even more Venezuelan refugees will only further the migrant crisis in Latin America and increase the potential conflict at the U.S. border. The Trump administration may not be so concerned with the aftermath of such an intervention; Bolton himself confirmed in an interview that the U.S. is considering the business interest that may benefit from the privatization of Venezuelan oil. The Trump administration has not considered any diplomatic option as of now, but perhaps opposition leader (and officially-recognized president) Juan Guaidó could change this situation. 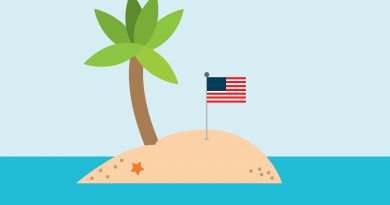