When I went to the cashier to pay, I realized the top was $10 dollars. After I went home, I started wondering what the real cost of that article of clothing was. I couldn’t resist thinking about the workers that had made those types of clothes and how much they were paid.

When I did some research, what I found was completely frightening.

I investigated where our clothes come from. I thought China would pop up, but instead I found out that most of the clothes brought to the United States and Europe come from Dhaka, Bangladesh.

A documentary about workers who make clothes for the fashion industry, The True Cost by Michael Ross, states that in the 60´s the United States made 95% of their clothes. Today the United States makes about 3%— the rest is made by developing countries. However, the biggest issue for me was realizing the conditions these workers have to work in, and how companies push the manufacturers to cut costs and pay their workers around $1 to $2 per day.

The cheap prices we get excited for are basically equal to the workers low pay. Sounds awful, right?

What also impacted me was hearing the opinions of some of the sourcing managers of popular brands.

“They are doing a job,” said Kate Ball Young, a former sourcing manager at Joe Fresh, in the documentary. “They could be doing much worse.”

This type of opinion is just a reflection of how these companies really feel about their workers and how hungry they are for money. They feel like they owe nothing to these people who clearly have no other alternative than to keep working in poor conditions, where they can’t even make enough for a living.

Besides the social issue, the fashion industry is killing the environment. The majority of the textile sector uses dangerous chemicals, creating water pollution that comes as a result of wet processing and dying facilities. This creates an unhealthy environment for our society.

To conclude, there is nothing we can do to get these workers a better salary, but we can definitely do some research and buy from companies that treat their workers right. 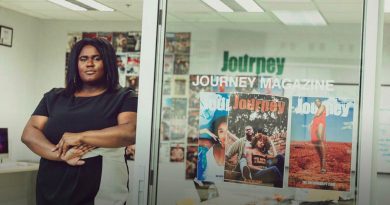 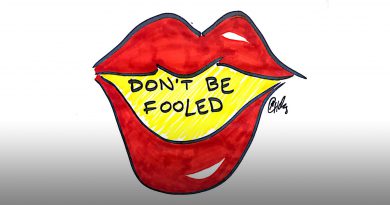 Advertisers Can Keep Their Girl Power Slogans, We Need Substance