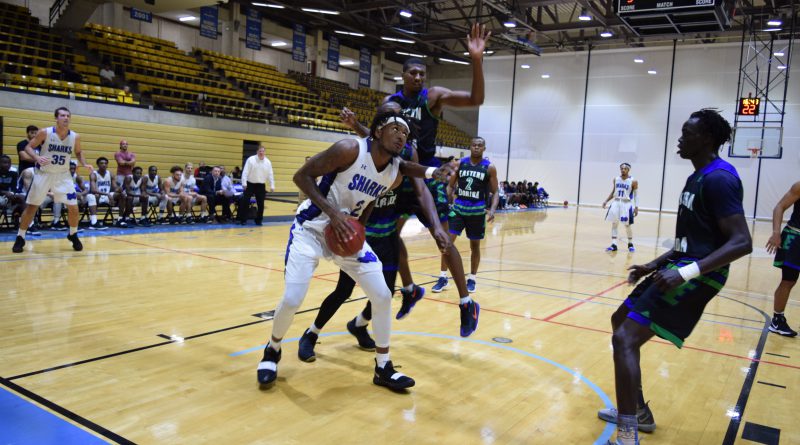 Despite losing four of their first five games, the Miami Dade College men’s basketball team has shown some positive signs.

What the record doesn’t show is the difficulty of the competition they faced or how close they were in most games until the end.

During the stretch, the Sharks have faced three top-25 ranked opponents, going 1-2 in those games.

“This ball club is playing very hard and is eager to be recognized as one of the top teams in the region,” Sharks head coach Kevin Ledoux said. “The schedule and the results have given them the confidence to understand that we can compete with the top teams, not only in the region but in the nation.”

The Sharks are averaging 102.6 points per game on 38.8 percent shooting from the floor and  27.7 percent from three-point range. They also went down to the wire against fifth-ranked Eastern Florida State College, before dropping the contest late in the second half and losing 102-90.

The Sharks have shown statistical improvements across the board. For example, the team’s rebounding has improved drastically since the preseason.

They are averaging 45.5 rebounds per game and have made strides in limiting their opponents’ chances of getting second-chance points.

“The way we want our defense to function, we’re fine with giving up the open look on occasion,” Ledoux said. “What’s important is that we don’t allow the team to get the ball again.”

The team has also had other highlights.

Sophomore forward DJ Russell was named player of the week by the National Junior College Athletic Association in region VIII.

Russell is averaging 20.6 points and 9.6 rebounds per game. He also leads the team in field goal percentage (49.4).

That said, the Sharks have a lot to improve if they hope to make strides this season.

The team has been ineffective in transition, allowing opponents to score easy fast-break points and have made ineffective shots and passes, leading to turnovers their opponents have capitalized on.

“We still have a lot to work on and a lot to build on,” Blake said. “This season is still young but we have promise and we’re going to keep fighting.”

The Sharks believe their team chemistry will play a vital role in righting the ship.

“We have a very mature team with a lot of leadership,” Ledoux said. “Our record is not what we are focusing on. We are getting better each practice and game. Playing with sportsmanship, believing in each other and staying together as a team to win the Southern Conference Championship is what we are focused on.”

The Sharks next game is on the road against Pensacola State College on Nov. 23 at 4 p.m. 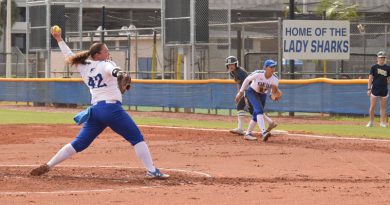