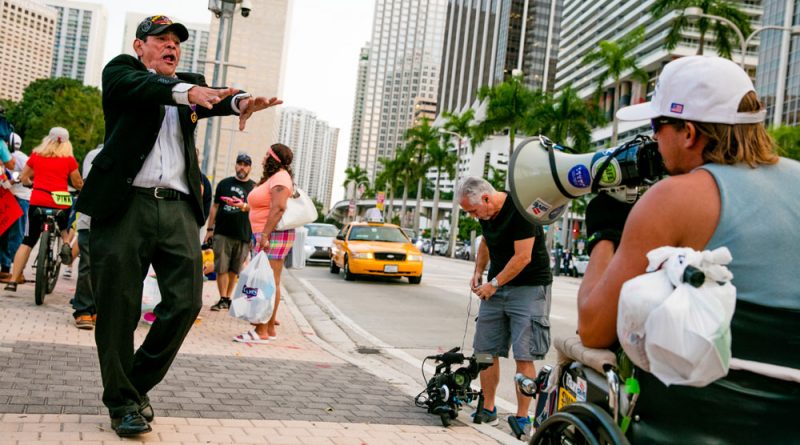 Nearly 5,000 people assembled at Bayfront Park, just five minutes away from Wolfson Campus, on Nov. 11 to express their disagreement with the election of  Donald J. Trump as the 45th president of the United States.

Protesters took over I-95 as the night fell on Veteran’s Day, angrily chanting “Not my president” and  “No Trump, no KKK, no racist U.S.A.” They blocked both directions of the MacArthur Causeway.

A woman screamed: “I just needed to know I wasn’t the only one who wasn’t okay with this.”

Others held signs that read “This republic just elected his president. So let’s work together…or…you can move to a better country.”

The demonstration was organized and posted on Facebook with the hashtag #NotMyPresident and was described as a way to create a peaceful outlet for people who are worried and concerned about the future of the United States.

Although the protest was nonviolent, the police intervened to avoid incidents as the demonstrators walked among traffic.

Among the protesters was Kendall Campus sociology major Kelsy Kottke, 20. Her Cuban-born mother, who voted for President-elect Donald J. Trump, didn’t know she attended the protest.

“This is a huge wake up call,” Kottke said.