Thieves stole $19,000 worth of telecommunications equipment from an electrical room at Wolfson Campus.

According to an incident report from the City of Miami Police Department, the theft happened between July 1 and July 5 during the Independence Day weekend. There were no signs of forced entry into the facility, which is located in the 3000 building’s first floor.

The electrical storage room sits just outside of an area that is gated, after hours, at the campus. Video cameras near the site could not provide any information about the theft.

Taken during the heist were seven ethernet switch panels ranging from $1,500 to $3,000 and four ethernet modules, which cost $1,000 each. The thieves also poured bleach or chlorine on ethernet wiring in the room causing $2,000 in damages, according to the police report.

The ethernet panels and modules help provide internet access to the Dean of Students Office and the Testing Department. The storage room carries different types of telecommunications equipment such as network switches and routers.

Service to those areas was interrupted for only a few hours because the campus’ Network Services department had spare switches.

Sahir Imam, the director of information technology at Wolfson Campus, said it’s possible that the thieves knew exactly what they were doing because the equipment stored is not something you would typically have at a home, it is used mostly for businesses and offices. He also believes that the pouring of bleach over the wiring was to wipe-out fingerprints.

To prevent the incident from happening again, the College has placed a double lock on the door in the room where the equipment is housed and public safety is monitoring the location. No arrests had been made in the case when the paper was sent to print. 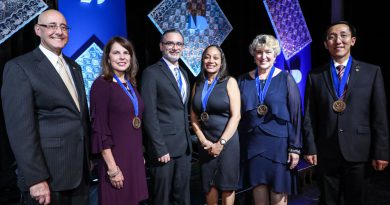