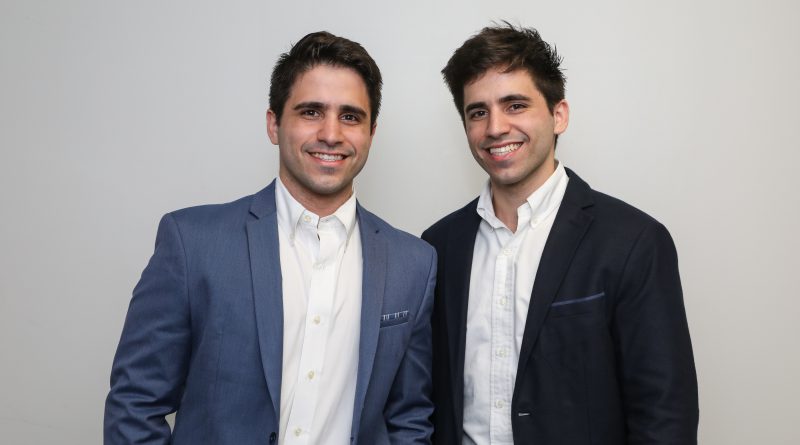 For Michael and Matthew Vega-Sanz, it was like every other Friday night.

Two years ago, the twin brothers found themselves in their dorm, craving pizza. Their dilemma? No pizza place in Wellesley, Massachusetts was open beside Domino’s.

The duo didn’t have a car to drive to Boston and Uber wasn’t cost-effective.

When they looked outside their window, they noticed many unused cars in a nearby parking lot. That realization led them to their startup Lula, a car-sharing app geared toward tourists and college students. The app allows adults to rent a car for hours or days at a time.

“I knew that one of my close friends would rent out his car to people as a way of making extra money on weekends and I thought that there had to be an easier way to legitimize this,” Michael said.

The brothers, both Miami Dade College alumni, soon started doing surveys on their campus at Babson College. They spent the summer of 2016 working inside an old family-owned barn in Miami with no air conditioning or internet to hash out their business model.

“We got rejected probably 99 percent of the time,” Matthew said. “We had no idea what we were doing and we spent days researching how to start a company.”

It wasn’t until a basic version of the app got off the ground that money began to come in.

There was progress, but more needed to be made before they could start allowing cars to be rented out. The brothers wanted 18-year-olds to be able to rent cars, something that no car rental company allows due to insurance liabilities.

Over the course of 14 months, 47 insurance companies rejected Lula but the brothers remained steadfast in the belief that the company would flourish.

“I remember there were nights where we would be hanging out, enjoying ourselves at  [1 a.m.] and suddenly their phone goes off and they immediately headed out to take care of whatever issues came up with Lula,” said Arnaldo Carrillo, a close friend of Matthew’s.

Eventually, the hard work paid off. Lula partnered with Apollo Insurance to allow 18-year-olds to rent cars. In the two years since the startup was launched, their rental base has grown from 10 partners in Boston to more than 300 across 25 states, according to Matthew.

“It wasn’t easy to get people to buy into our app and let us rent their cars,” Michael said. “We had to paint them a picture of what our vision was and let them know that no matter what, we will always be in contact with them to help them no matter what time it is.”

A year ago, the brothers came to a crossroad. They secured internships in New York, but decided that the fledgling company required more attention so they spent that summer working on Lula. Eventually the first-generation college students, who graduated from Palmer Trinity School in 2014 and attended Kendall and West Campuses, decided to dropout of Babson College and concentrate on Lula.

“It was hard for our parents at first,” Matthew said. “But they knew that this is what our dream was and no matter what, they would always be there to support us. They saw how much hard work we put into the app and knew that there was no stopping now.”