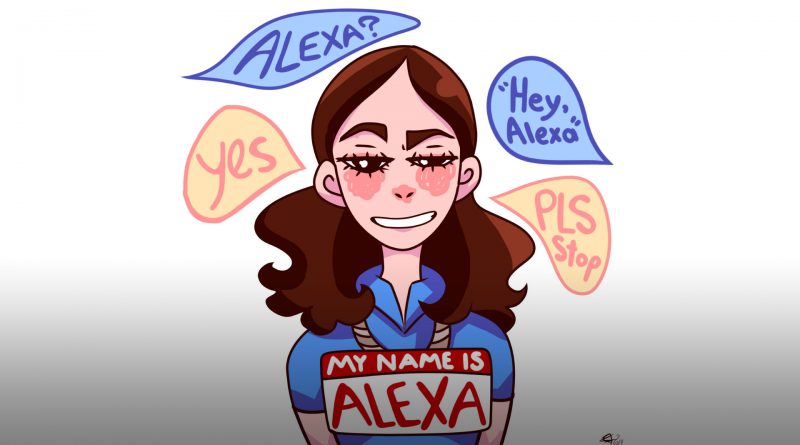 Oh how wholesome were the days when Alexa was nothing more than a beautiful name given to girls at birth. The first thing that used to come up when you googled the meaning of the name Alexa was a shortened female version of the Greek name Alexander, meaning defender of man.

From what once meant defender of man, my name has been transformed into the butt of endless dad jokes, making all strangers who meet me for the first time swell with the intense craving to make at least one reference to that god awful machine—you know which one I’m talking about.

Today, if you look up the name Alexa you are instantly greeted with Google images of a small cylindrical piece of machinery that has a blue ring of light at the top.

I used to really love and embrace my name, as I’m sure many other Alexa’s did too. That is, until a few years ago when my destiny changed.

In November 2014, a group of developers from a company by the name of Amazon decided to place a curse on my name that would dictate my future interactions for the rest of the 21st century.

When I meet someone for the first time, I can no longer say, “Hello, my name is Alexa. What is your name?” Instead, I must immediately follow the first sentence with: “Yes, that is really my name. No Stacey, actually I’ve never heard that joke before. Haha. Yes, that is quite a clever one. No Stacey, my parents did not name me after the Amazon machine.”

I think the fact that I am not six years old should have hinted at that, Stacey.

To top this all off, I was home the other day and went downstairs to eat breakfast. As I walked down the stairs, no amount of warning could have eased my utter panic. As if it were happening in slow motion, my mom held a small black remote to her mouth and uttered the vulgarity, “Alexa, open Netflix.” In my spasm of rage, I questioned my own mother’s morality. How could she bring the culprit into my own home?

The uprising of this machine has become the bane of my existence as I know it. Before, the biggest problem with my name was that people occasionally called me Alexis or assumed Alexa was short for Alexandra.

I am sure many Alexa’s out there feel the same way and may be hesitant to speak out due to societal backlash. I can only imagine the shock on people’s faces when Alexa’s all across the world decide to finally stand up and fight against the generic puns and jokes thrown at them on a day-to-day basis.

I am calling on all Alexa’s of the world to unite and take back what is rightfully ours. I am calling for a movement, a revolution, a march on Washington. Together, we will take crucial actions to rebel against all that have treated us like a voice assistant that exists only to satisfy people’s selfish needs. 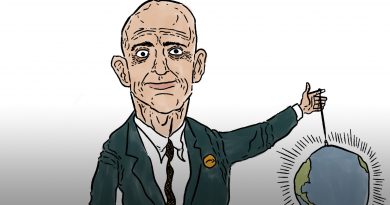 Amazon Can Become A Monopoly If Left Unchecked 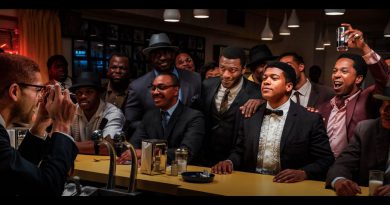