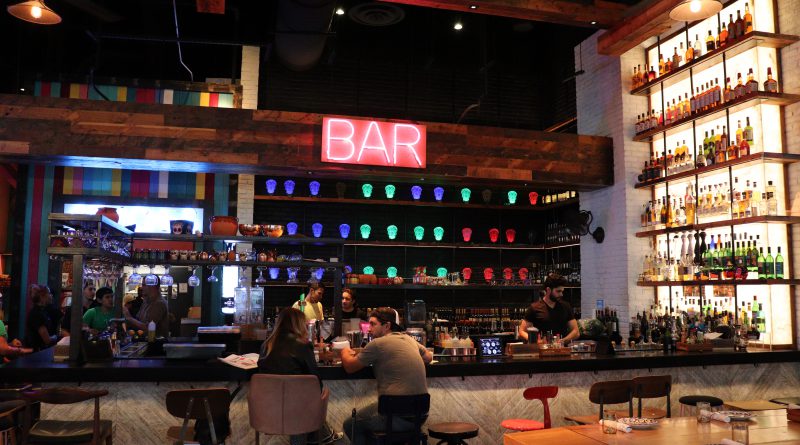 With the popularity of Tex-Mex style at places such as Chipotle, Moe’s or Cantina Grill on the rise, it seems appropriate that another restaurant would want to throw their hat into the beef and cheese ring.

Tacology is  a Mexican-style market with an urban twist.  The menus consist of the standard Mexican food fare, like  tacos, ceviche, tostada, nachos and much more.

Videos from concerts and performances by various singers are projected on one of the walls while the music is blasting throughout the restaurant. The space is decorated with mismatched furniture, dangling lanterns and tables with different patterns on them, providing the modern hipster feel that most establishments fall short on.

Waiters are present to refill drinks for customers’ convenience, but they aren’t needed to take orders. Each entourage gets their own tablet that doubles as a menu and an easy way to order food, so the power is in the customer’s hands.

Using the tablet to order is a lot more convenient than conventional ordering, especially when dinner rush hits.

To start off the table, we got an order of the Guacamole & Quinoa, which consisted of Mexican avocados mashed with quinoa, cilantro, tomato and roasted corn. That was a personal favorite of mine; I had never had quinoa, but it was delicious when it was mixed in with the guacamole.

Though the look is visually appealing and refreshing, the nachos has the same taste as any other nacho platter you can find in Miami.

For my main course I had the Ceviche Tasting. The dish had three small samples of ceviche served at the restaurant—octopus, red snapper and shrimp.

The octopus ceviche was mixed with pico de gallo, citrus and cilantro, all joined to create a dish that blended well and was not spicy. .

The shrimp ceviche incorporated heirloom tomatoes, sangrita-lime marinated, avocado puree, fresh horseradish  and cilantro. Usually, shrimp is my favorite type of seafood but I was slightly disappointed because it mostly tasted like marinara sauce with a spicy kick to it.

The final sample on the platter was the snapper fish ceviche, which paired red snapper, quinoa-bulgur, aji amarillo marinated, red onion and cilantro. This was definitely too spicy for my taste buds, but those who can stand a little heat would like this tangy dish.

Though we did not order dessert, Tacology offers a range of different options varying from classic hispanic sweets like flan and rice pudding, to more American treats, like carrot cake and ice cream cookie samplers.

Tacology might be the next destination for your Taco Tuesdays. 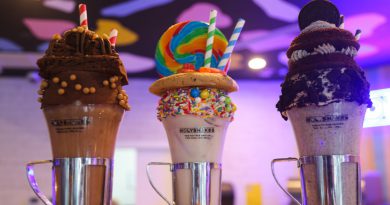 Holy Shakes Will Take Your Taste Buds To Heaven 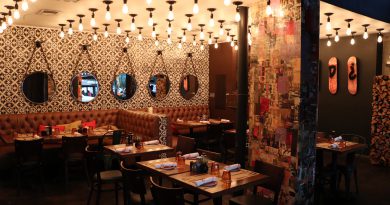 Lulu’s Brings Indie To The Grove