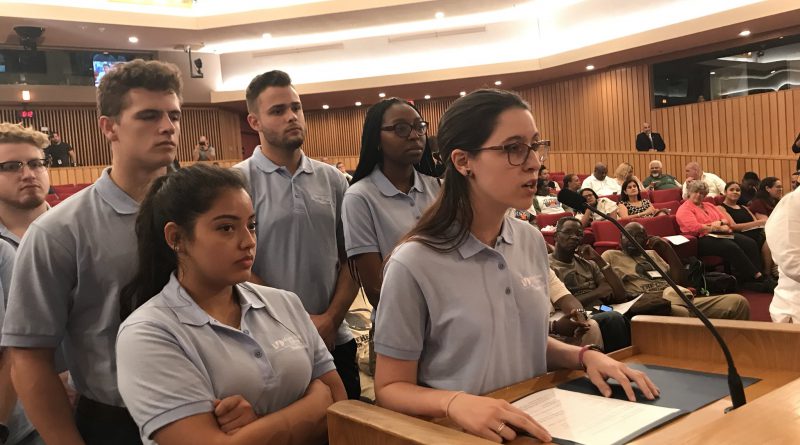 Miami Dade College students and employees can vote for the upcoming midterm elections at North and Kendall Campuses—thanks to a group of strong-willed students who advocated for that right.

“We have students of all walks of life; mothers, veterans, employees and many first-generation students,” Rebecca Diaz, one of nine MDC students leaders who attended the budget hearing on Sept. 20, argued passionately. “We take public transportation—sometimes two or three busses— just to get to campus.”

Early voting on both campuses will run from Oct. 22 through Nov. 4. The campus’ libraries will serve as voting sites and will be open from 7 a.m. to 7 p.m. After that voters can only cast their ballots at their assigned precinct on Nov. 6, the day of the general election.

At the hearing, the Democratic majority pushed for MDC to receive a voting site, arguing that one additional site at Florida International University was not enough.

Mayor Carlos Gimenez, along with fellow Republican members of the commission, argued that the additional voting sites were not necessary at MDC. They believed that FIU needed an early-voting site because it has on-campus dorms.

Ultimately, the commission voted 12-1 in favor of the additional location at North Campus, later adding an additional site at Kendall Campus to provide an equal opportunity for those students as they “face the same issues as those in the north,” Gimenez said.

Wolfson Campus was not designated an early-voting site because it has a location three blocks away at the Government Center.

When it was announced on Sept. 19 that FIU would become an early-voting site, MDC students used it as a call to action to advocate for an MDC campus to be included.

“When we heard the news from Joshua Young [the college-wide director for the Institute for Civic Engagement and Democracy at MDC], we were aggravated. We were agitated. We felt that the decision was unjust and that our voices were not being heard,” said Fiorenza Herrera, an Andrew Goodman Fellow at Wolfson Campus.“We were being overlooked and forgotten.”

The Andrew Goodman Foundation is an organization founded in 1966 to support youth leadership development, voter accessibility and social justice initiatives on campuses across the country with mini-grants to select institutions and it provides financial assistance to students.

Diaz, a member of the Student Government Association at Wolfson Campus and also an Andrew Goodman Fellow, promptly mobilized the movement with Herrera.

“This was a collective effort done by the students, who took the brunt of the work” said Juan Mendieta, director of communications at MDC. “We are extremely proud of the work the students did. They are the ones that moved the needle.”

The duo teamed with seven other student leaders across MDC campuses and began writing petitions and planning rallies to have their voice heard.

“Our goal was to get as many different students together to show a united front for our cause,” Diaz said.

Miami Dade College President Eduardo Padrón sent a letter to Christina White, supervisor of elections in Miami-Dade County, urging for an additional site to be added at an MDC campus. Young provided the students with information helpful to their cause, but the students remained independent in doing their work.

Their fight did not come without sacrifice.

Diaz and Herrera spent all their time in the days leading up to the meeting meticulously planning each step. They sought out other students to support them, conducted research to argue their cause and filled out forms in case their request was denied and they had to plan a protest.

Even after getting two early-voting sites at MDC, the students say their work is far from done. Throughout the semester, AGF students have been holding voter registration drives to increase voter turnout for the election.

“When you’re a student, the last thing you want is somebody with a clipboard running in your face asking if you’ve registered to vote,” Diaz said. “What we’ve been doing is trying to find ways to get students to relate to this upcoming election and motivate them to get their voice out.”

Diaz’s next step is to request classroom visits. She wants to reach as many students as possible.

“It’s important we let students know that their voice is what matters,” Diaz said. “By voting, we are showing that we want to be heard.” 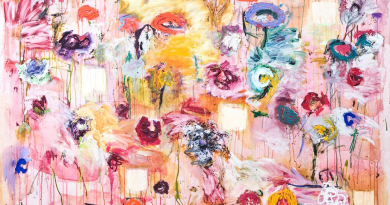 Man Who Abducted Kendall Campus Student At Gunpoint Is Arrested