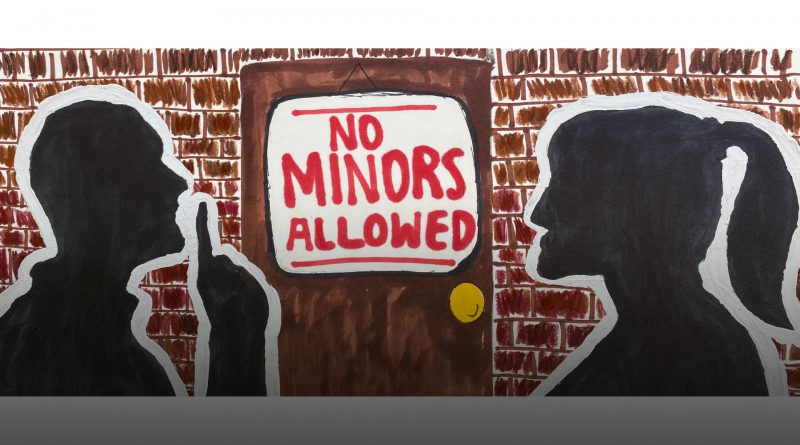 It’s not easy saying this as a music and concert lover, but the music industry is not a safe place for a lot of female artists—especially underage ones.

Several allegations of misconduct and sexual abuse have surfaced after an anonymous Instagram account entitled Lured By Burger Records accused the label of sexual misconduct.

It included stories of minors lured into back rooms, storage sheds and tour vans. The stories led Burger Records to announce plans to restructure the company  to address a “culture of toxic masculinity.” Bohrman eventually announced on July 22 that the label would instead shut down, according to Pitchfork.

Recently, several other female musicians have come forward with their stories. On July 20, Lydia Night—lead vocalist and rhythm guitarist of punk rock band The Regrettes—said SWMRS Drummer Joey Armstrong emotionally abused and assaulted her when they dated. At the time, she was 16 and he was 22.

Shortly afterward, Armstrong responded to Night on SWMRS’ Instagram account. In the statement, he didn’t address the fact that he was grooming a child.

Last month, the band released a statement supporting those that come forward with sexual assault stories. It shows how the band’s activism is merely for show.

Arrow de Wilde, lead singer of rock band Starcrawler, said when her band was on tour with the Growlers, the band hired a stripper in Australia to give her a lap dance without her consent, which she believes was planned.

A day later, lead vocalist Brooks Nielsen posted an apology on the band’s Instagram account. It’s disgusting to see bands releasing these statements because they got caught, not because they’re actually sorry.

Unfortunately, this is common throughout the field.

Musician R. Kelly married 15-year-old singer Aaliyah in 1994 when he was 27. He’s also been convicted for transporting underage girls over state lines for illegal sexual purposes and child pornography, according to ABC News.

These types of issues have always been a problem in the music industry. It’s an uncomfortable topic—especially when powerful figures are involved—but we have to start a dialogue.

Even if you don’t listen to these bands, no genre is clean of this behavior. This is not cancel culture either. Cancel culture will never cause the same amount of harm that someone sexually assaulting another person does.

Before saying that separating art from the artist isn’t harmful, realize that many artists use their music to feed their ego.

Music can hold a lot of personal significance for people, but that doesn’t mean we should actively support an artist if they abuse their power. The “separating art from the artist” argument is just a way to avoid holding musicians accountable.

People love to preach their support for abuse survivors, but are the first ones to support their favorite artist when they apologize for a sexual harassment allegation. It’s our job as music fans to demand change in the music industry and hold artists accountable.

Women can also be the perpetrators, but I am shedding light on the abuse in the music industry because it’a a male dominated industry.

To artists, managers, and labels: these young fans look up to you. It is your job to listen and make them feel safe. Stick to sexual partners your own age. If you’re not sure how old someone is, they’re most likely too young for you. Take accountability, be responsible and do better.

The conversation doesn’t end here. There is a lot of work to be done because abuse in the music industry will continue to happen. This article will never amount to the amount of pain victims have had to go through. I will continue to educate myself and show my greatest recognition to every brave person who has come forward to share their stories.

I believe you. I stand with you. You are valid. You are heard.