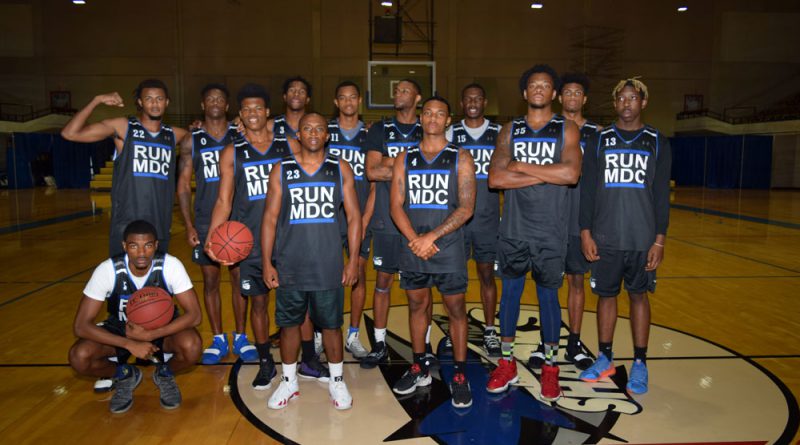 The revamped roster includes three Division I transfers. The aim: to improve last season’s 10-20 record that forced the Sharks to miss the postseason for the fourth consecutive year.

“This year, we have a great team full of athletes and top tier players that will be able to go Division I in the years coming,” Walker said.

Last season, the Sharks averaged 96.4 points per game but they allowed opponents to score 98.4 points per contest. The team was affected by two key injuries: guard Kaevon Tyler sustained a knee injury in the middle of the season and forward Italo Cicotti missed the entire season after tearing his ACL.

“We had to get better players and we have that now,” Sharks Head Coach Kevin Ledoux said. “That’s what we’re trying to do. We’re longer.”

“What I can provide is shooting the ball well, getting my teammates involved, toughening up on defense, and just being an all-around player and teammate to the squad,” Miller said.

Ledoux lost some key players from last year, including two forwards. DJ Russell, who led the team in scoring and rebounds with 19.2 points and 9.7 rebounds per game, transferred to Robert Morris University Illinois. Nicholas Kratholm, who averaged 10.2 points 6.5 rebounds per game, is playing at Niagara University in New York.

But sophomore guard Elton Walker, the only returning player from last season, is expected to fill that void. He averaged 12.9 points and 6.2 rebounds per game with a team high 56.6 shooting percentage.

Walker is confident the roster overhaul has positioned the Sharks for a rebound season.

The Sharks first game of the season is on the road at the Daytona Tip-Off Classic versus Denmark Technical College on Nov. 1 at 5:30 p.m. 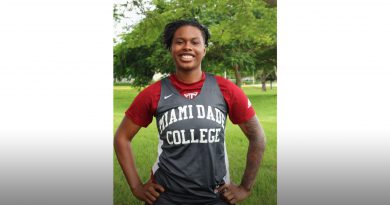 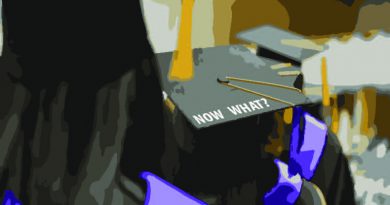 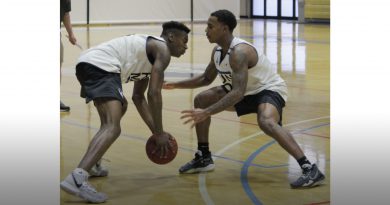