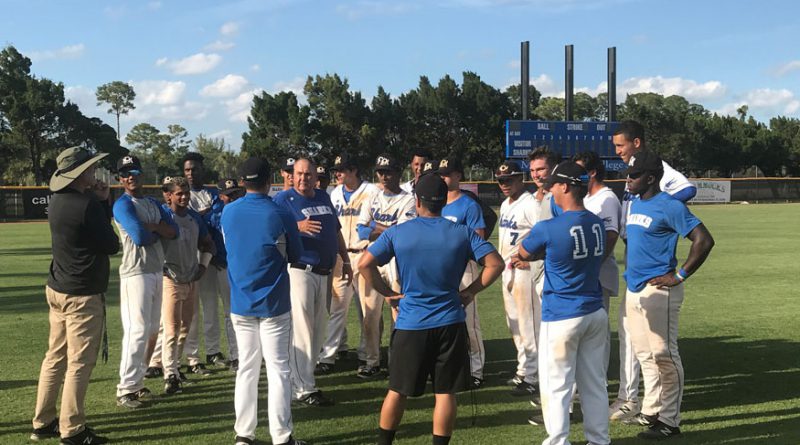 The state tournament will start on May 10 in Lakeland. The Shark’s opponent has not been determined yet.

“This is one more step for us,” said sophomore pitcher Orlando Ribalta. “This gives us the momentum we need going into the state tournament.”

The Sharks, who are 28-17 with a 14- 8 record in the Southern Conference, won Wednesday’s game thanks to a five-run sixth inning.

Winning the Southern Conference title is a testament to the Sharks determination throughout the semester. After suffering a spate of injuries in February, they lost seven of 15 games that month. However, they bounced back by winning 16 of their last 25 games—including seven of their last 10—before clinching their most recent title.

“I’m extremely proud of our guys,” said head coach Danny Price. “They kept battling, they kept fighting and there were a lot of times when our backs were against the wall but they didn’t quit. Times like these are when you reflect on the season and throughout it all, they fought. I have a lot of respect for what they did. There’s nothing wrong with enjoying this today but we have two more games [in the regular season] so we still have to keep working.”

Two Miami Dade College baseball players—Nico Martinez-Bautista and Marvin De La Hoz—were suspended for two games after an altercation in the final inning of a road game versus Broward College on April 13.

“The guy running to first from Broward crash into our first baseman, and then he [Martinez] threw his glove and pushed him back. That was basically all that happened because nothing else occurred,” said sophomore second baseman Mike Alicea. “I stepped in the middle and parted them, but there weren’t any punches or anything like that. It was just a shove and that was all.”

Kelly Warren, executive director of the Florida Collegiate Systems Activities Association, said Martinez was ejected for “making physical contact with an opponent,” and De La Hoz was ejected for “leaving the dugout.”

Six Broward College players were also ejected after they “left the bench area” during the incident, Warren said.

All the ejections were considered violent per NJCAA/FCSAA rules and policies and warrant two-game suspensions for the players involved, according to Warren.

The MDC players served their suspensions on April 17 and 19 versus Indian River State College. The Sharks lost the first game 5-3 and won the second game 8-7.

Martinez-Bautista, a catcher, has a team-leading four home runs this year. De La Hoz, an infielder, is hitting a paltry .042 in limited action. 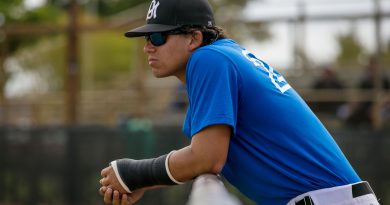 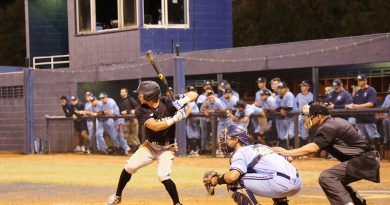