When Wolfson Campus history professor Paul S. George retires this summer, he won’t stop being an evangelist on a mission to teach people Miami history in and out of the classroom.

George is driven to impart that history because he says if people, especially newcomers, know Miami history, they can answer and understand the realities of Miami today. It is an area, he says, with a large immigrant community and some significantly impoverished areas.

“It’s a city of tremendous contrasts between wealth and poverty,” he said.

George’s classes are so popular that students are turned away every semester. He will teach his last Miami history class this coming Summer A semester, after working for 25 years as a full-time professor at the College.

His work has had a broad impact.

Many students take George’s classes out of sheer interest in the subject, not because it’s a requirement.

Elisa Cantero, a 21-year-old former student of George’s, describes his lectures as something she will never forget.

“After listening to Professor George’s lectures, there’s no way you can’t be super interested in what he has to say,” Cantero said. “The stories are so detailed and that makes what he says stick with you.”

Cantero took the course after taking one of George’s tours of the Miami River.

George offers more than 100 tours of the Miami area every year, many of which can be accessed through the HistoryMiami museum. HistoryMiami has sponsored George’s tours since 1988. The city tours program covers Miami-Dade, Broward, Monroe and Palm Beach Counties.

The stories he tells on his tours are endless.

On a recent Saturday morning boat tour of Stiltsville, Key Biscayne and the Cape Florida Lighthouse, more than  50 people laughed at his anecdotes and asked questions. George peppered the narrative with time-hopping details.

“If you want to take a look at a very interesting shoreline, let’s take a look right here. There’s a really woodsy area over there and if you look at it closely you’ll see two modernist-style homes and in one of the buildings was a desk that Napoleon Bonaparte used in Malcesine [Italy],” George explained.

On the Island Queen Cruiser that tours Stiltsville, George told the tour group that the once vivacious community was transformed into the seven houses that remain amidst the turquoise waters of Biscayne Bay. Stiltsville was known in the 1940’s, 50’s and 60’s as a playground for wealthy and well-connected Miamians. He described how the aquatic outpost was once home to the now infamous Crawfish Eddies and Bikini Club.

“We wanted to see the [Stiltsville] houses and think it’s important to know the history of Miami,” said Mariela Martinez who was visiting from Puerto Rico with her nine-year-old daughter Paula. “It’s not the typical tourist attraction, the history is amazing and this tour has so much depth and substance.”

Academia was not a sure thing in George’s early life. While attending Archbishop Curley-Notre Dame High School, George admits he wasn’t the smartest person in his classes, but after taking a history class his senior year, he fell in love with the subject. After graduating high school, George attended Miami Dade College and the University of Miami. He decided to pursue a history major his junior year in college.

George left Miami to pursue his master’s and doctorate degrees in history at Florida State University in Tallahassee. As he began to write his dissertation on Miami history, he also wrote articles and then novels about the subject as well.

“It was just a fascinating history,” George said. “It was a tourist resort. It was the roaring ‘20s. The police were running amok. There was a huge real estate boom that was probably unprecedented for the eastern United States other than New York. Those were some of the things that jumped out…colorful characters, festivals all over the place. Center City was booming. By contrast, in the late ‘70s Center City had died in Miami other than a place to work. So it was amazing.”

He has been a full-time professor at the College since 1991. His classes consist of a combination of lectures and opportunities to learn outside the classroom as well as frequent tours, which take place at the locations where the history he is teaching originally took place.

George is also the author of fifteen books and more than 200 articles and book reviews, including Little Havana and Along the Miami River.

Although George will be retiring, he hopes to come back to MDC to teach Miami history classes in the future. Even during his retirement he will continue giving numerous tours around Miami.

“The College has afforded me to become a completely civil historian and it has been great,” George said. “I have learned the craft [of teaching] better than ever, and the College has helped me. It has been a marvelous experience. It has allowed me to teach Miami South Florida history and Florida history and four decades of college level teaching. My heart is a little bit heavy now that I am leaving.” 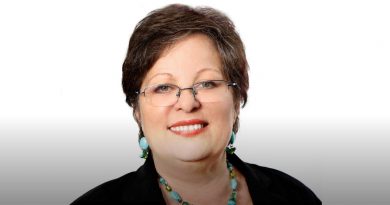 ‘This Was Her Life’: English Professor To Retire After Almost 27 Years At Miami Dade College

The Real Definition Of “Go Sharks!”