Thor: Ragnarok is more of a comedy film than a superhero one. Director Taika Waititi

(What We Do in the Shadows, Hunt for the Wilderpeople) raises the likes of Chris Hemsworth, Tom Hiddleston and Cate Blanchett to their comedic peaks, providing for a mostly charming, subversive addition to the Marvel Cinematic Universe (MCU).

The film, set two years after Avengers: Age of Ultron, revolves around Thor (Hemsworth) and Loki’s (Hiddleston) quest to defeat their newfound sister, Hela, the Goddess of Death (Blanchett). In order to do this, they must escape imprisonment from a foreign planet—Saakar, led by the Grandmaster (Jeff Goldblum)—with the help of the Hulk (Mark Ruffalo) and Valkyrie (Tessa Thompson)—all while trying to prevent the destruction of his home known as “Ragnarok.”

While a seemingly convoluted storyline, the film balances its plot threads well. It starts off in the heat of the action and doesn’t skip a beat, an improvement on previous entries in the Thor series. Each plotline in the film, whether it’s Thor’s quest to leave Saakar or Hela’s attempts to control Asgard, is developed to the fullest, making Ragnarok the most self-contained film in the MCU.

That is largely due to its writing. The script, penned by Eric Pearson, Craig Kyle and Christopher Yost, boasts the most laughs of any previous Marvel movie. With each joke, we’re introduced to comedic talents unseen in actors like Hemsworth and Ruffalo, whose characters have traditionally been more serious in earlier films.

It especially works in context, which can’t be said of most Marvel films. In one action scene, Hemsworth expertly balances a running joke while in a heated exchange with an antagonist, blending the seriousness of battle with sharp wit.

Other returning actors like Ruffalo, Hiddleston and Anthony Hopkins (along with other cameos from some Marvel heroes) bring new life to their roles, with Ruffalo especially having his most fun as the green beast. Even new additions, such as Thompson’s Valkyrie and Blanchett’s Hela, shine through the sprawling cast. Especially Goldblum’s irresistibly humorous Grandmaster, who steals every scene he’s in.

Thor: Ragnarok manages to continue Marvel’s streak of ending their trilogies on strong notes. With one of the best comedic scripts of the year, an exceptionally talented cast and a story to blend the two together, Ragnarok kicks off the fall movie season strong. 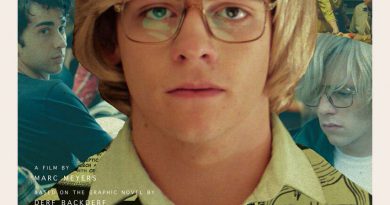 My Friend Dahmer Shines A Light On The Late Killer 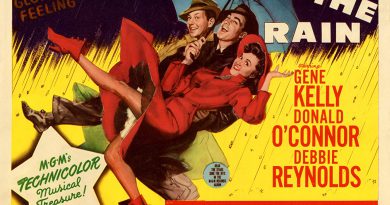 Singin’ In The Rain Marks The Legacy of Stanley Donen