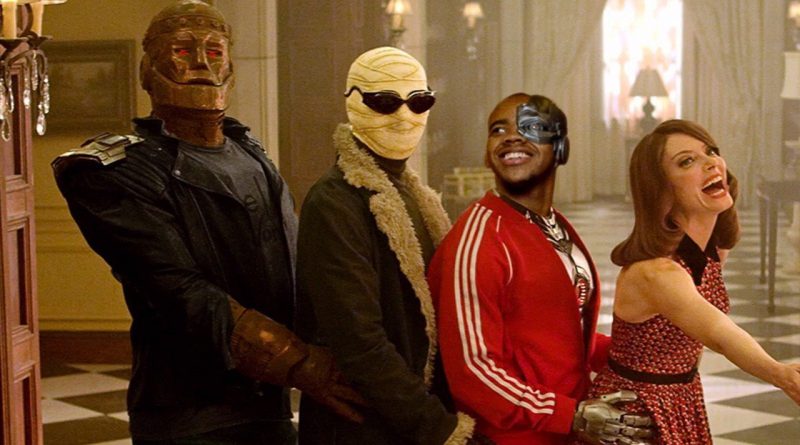 In a world where superhero shows and films dominate mainstream media, does it really matter if there’s a new one? In the case of Doom Patrol, it does.

Doom Patrol, the second live-action series from DC Universe after Titans, has an interesting cast. Brendan Fraser, someone who I haven’t seen since Looney Tunes: Back in Action, plays Robotman; Matt Bomer as Negative Man; April Bowlby as Elasti-Girl; Diane Guerrero as Crazy Jane; Jovian Wade as Cyborg; while also featuring Timothy Dolton as The Chief and Alan Tudyk as Mr. Nobody.

Some of these shows have narration by the main character, like Arrow or The Flash. But Doom Patrol does something different as it features its main antagonist, Mr. Nobody, as the narrator of the series.

The series features rather obscure characters, and that’s fine— some of the best comics and characters are the obscure ones. The show proves that not every comic book show needs to revolve around an A or B-list hero. As a matter of fact, these characters aren’t heroes at all. They were all normal people that had some freak accident: one was in a car crash and only his brain was left functional while one was an air force pilot that went through this weird space cloud. Even with these horrific events, you don’t feel bad for them, as further episodes begin to reveal their true character.

Despite that, when you see Robotman learning to walk again and you see him struggling to walk up two flights of stairs, then he remembers when he helped his daughter overcome that leads him to succeed, you get a sense of humanity in that character. Because like us, we all have flaws, and while we don’t like to talk about it, we live with them. These abnormal characters feel more human than most mainstream heroes. You see them try and, even though they know they might fail, they still push on.

Cyborg a character who would probably fit into a team like Titans, isn’t in Titans. Despite being the youngest one in the group, he becomes their leader—or, rather, at least he tries to. The reason he is in Doom Patrol and not in Titans is because of his history with The Chief who he wants to help.

Compared to Titans, Doom Patrol is on another level with its acting and its writing.  With Netflix canceling all their Marvel shows due to Disney’s new streaming service, the void left by their high-quality entries like Daredevil and Jessica Jones left me wanting more. Doom Patrol fills in that wanting.

With the countless superhero shows out there, I prefer to compare the quality rather than who is in the show. Doom Patrol has a Daredevil-level of writing with its crude humor. Each interaction fits the character, and their actions can come off as rude but when you’re nothing but a brain in a tin, can would you really act all happy and cheerful?

At the end of each episode you’re left speculating and wanting more. Unlike Netflix ,the episodes don’t release all at once, so one will have to wait week after week for the next chapter of this 15-episode series.