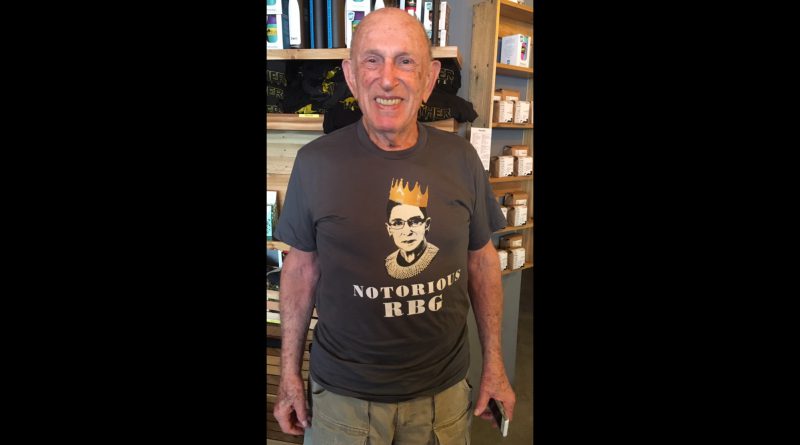 He died doing just that.

On Sept. 24, Hertzig was riding in the bike lane near S.W. 37th Ave. and Charles Terrace around 7:30 a.m. when a man in a blue Jaguar driving north on Douglas hit him, according to the Miami Police Department.

The 85-year-old was on his way to teach math at InterAmerican Campus.

“This wasn’t the way he was supposed to die,” said his daughter, Beth Hertzig.

A witness said the driver got out of the car, made a phone call and then drove away.

“While everybody was attending my father, this was before any ambulance or police were on the scene, the guy took his car and took off,” Amie Hertzig, his daughter said. “So, nobody was able to get his license plate or anything.”

Police are looking for the suspect, who is described as a white male in his 50s or 60s and around 5-feet-10 inches tall. Witnesses said he had gray hair and a receding hairline.

Hertzig suffered lung abrasions, a torn artery and a broken scapula, shoulder, ribs, hip and pelvis. He passed away on Sept. 30 at Jackson Memorial Hospital around 9 a.m.

“We thought everything was going to be okay and he was going to get through this because he’s so strong,” Amie said.

Before teaching part-time at IAC to help support Amie and her children, Hertzig was the  chairperson at the University of Miami’s math department. He retired as an emeritus faculty in the 1970’s. Hertzig previously taught at Cornell University, Princeton University and Purdue University.

“To return to work at Miami Dade College was amazing and he did that to help me and my children,” Amie said. “He also enjoyed teaching there. He enjoys teaching and serving, which I consider the highest level of spirituality.”

Hertzig was born in Brooklyn, New York in 1932. His father was a shoemaker.

“David Hertzig was a dear friend both at James Madison High School and at Cornell,” Ginsburg said in a statement to The Reporter. “We had remained in touch every now and then. I remember him as a brilliant math student, someone with an inquiring mind.”

Hertzig attended Cornell, where he earned his bachelor’s degree. He then received his master’s degree from Paris University and his doctorate degree at the University of Chicago. Hertzig also earned a law degree from UM in 1978.

“I think he was definitely genius level,” Amie said. “But he’s the humble genius.”

Besides academia, Hertzig pursued a variety of interests.

He studied architecture, film and acting, neuro-linguistic programming and even got a degree in massage therapy from Educating Hands.

His family says he was also an avid painter, baker, dog-lover, health fanatic and a man of many rituals.

Every morning, he sat with a New York Times crossword puzzle and a cup of coffee. Then, he would ride his bike to work.

“He took good care of himself,” Amie said. “The bike riding for him, he said it was exhilarating and he felt great, so he insisted on riding his bike. He felt safe and he felt like it was good for him.”

After work, he would watch films and cook for his family. At night, his go-to drink was tart cherry juice.

Hertzig was famous for his bagels and walking his dog, Baci, who was a park favorite.

“I feel like he was an incredibly well-rounded person,” Amie said. “He’s done all kind of things.”

Hertzig was also a family man. He was planning an educational trip to Havana, Cuba with Amie’s children in December.

“He was really looking forward to that,” Amie said. “It’s really sad he didn’t get to do that.”

Hertzig is survived by four children and 12 grandchildren.

A GoFundMe page has been started to help the family raise money for expenses surrounding Hertzig’s death at www.gofundme.com/hertzig-family

Anyone with information about the incident can contact Miami Detective J. Sepulveda or any on-duty detective at (305) 603-6525.