Pride and humility are two very well-known characteristics, with each having different connotations depending on the circumstances. But which characteristic wins out to be the most effective in day to day living, and why? Well, first let’s learn about the terminology and implication of both.

The Oxford dictionary defines pride as “a feeling or deep pleasure or satisfaction derived from one’s own achievements.” Furthermore, it also defines pride as “confidence and self-respect.” According to Dictionary.com, the word pride is believed to have originated from the Old French word prud, meaning “capable or brave.”

Some undesirable characteristics that come with pride are a lack of accountability and the inability to oftentimes ask for help. This can be harmful for someone in a leadership position because although they may be prepared to lead people, they are not prepared to listen to them.

However, pride isn’t all bad. For example, having pride in your moral values allows you to stand up for yourself in the face of opposition. As Malcolm X eloquently put it, “A man who stands for nothing will fall for anything.”

Humility, on the other hand, is defined as “a modest or low view of one’s own importance.” A lot of individuals often confuse humility with low self-esteem—which is “a lack of confidence and feeling badly about oneself.” With humility, this isn’t usually the case. Rather than revolve around thinking less of yourself, humility revolves around thinking of yourself less.

American journalist and author Stuart Taylor expresses the positive role that humility played in his recovery from brain cancer in his book Assertive Humility, which is defined as “having courageous, value-based thoughts and behaviors for the greater good.” Taylor’s story shows that humility has many social, moral and psychological benefits. Taylor highlights the self-destructive nature of having a big ego and says humility will lead to characteristics such as compassion and fulfillment.

These attributes are very effective in leadership settings because they help to shape a well-rounded individual. Still, like pride, there are some negative attributes that come with humility. For instance, when you are humble, you are often underestimated and you may not be included in decision making because of your ability to listen, but slow to speak behavior. This can be troublesome because your ideas can be greatly overlooked.

Personally, I think the most admirable characteristic is humility. Humility allows you to see everyone’s perspective—including your own. Instead of using pride as a mechanism to get through life, one should employ assertive humility, as Taylor states. This will not only lead to a more fulfilling life in which positive relationships are able to thrive, but will also allow an individual to take a step back and realize that they are not better or worse than anyone else.

What Living Life To The Fullest Means To Me 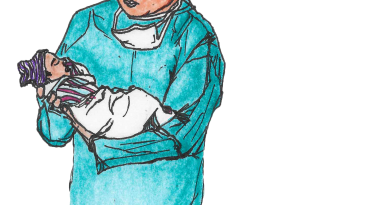 Life Is Full Of Questions