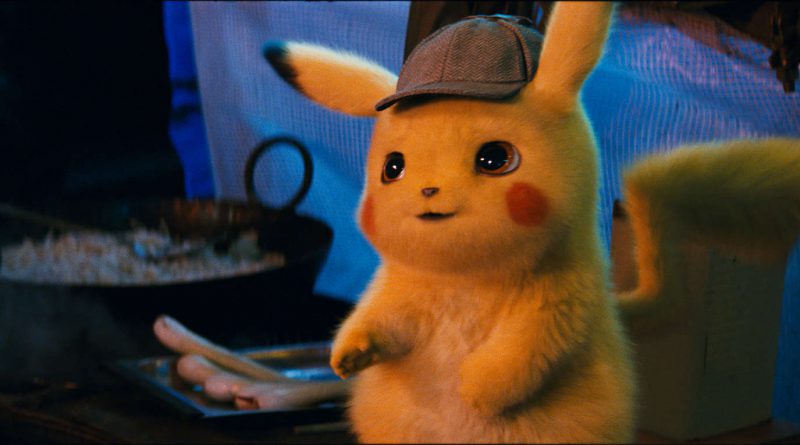 The problem with creating a live-action adaptation of something originally animated is that, with viewers so accustomed to the original depiction of a character or franchise, it can be hard to do a new one justice. Some films have prospered (Disney’s live-action The Jungle Book and the upcoming somewhat-kinda-live-action The Lion King) while others have drawn backlash (the forthcoming Sonic The Hedgehog). Pokémon Detective Pikachu falls somewhere in the middle, with the layered designs of the Pokémon standing out from the film’s generic story and overall abrupt nature.

Set in Ryme City, the original location of the Detective Pikachu video game, the movie centers around 21-year-old Tim Goodman (Justice Smith), the son of a former police detective who’s gone missing and presumed dead. With the help of his father’s Pokémon partner, a Pikachu (Ryan Reynolds) who only he can hear, the two work with budding reporter Lucy Stevens (Kathryn Newton) to solve the mystery.

It’s a fairly mundane story, seemingly sprung solely to introduce the idea of a Detective Pikachu. That’s not to say that’s entirely bad, with the Pokémon being the best elements of the movie. Whether it’s the life-like roars from Charizard or the fur littered on Pikachu himself, the film realizes from the onset what audiences came to see and delivers on it tenfold. Even Reynolds does a stellar job at delivering a quick-witted element to his PIkachu, matching the Pokémon’s fast tendencies with even faster line deliveries.

What the Pokémon can’t help is the story they’re surrounded with. The film, set at one hour and 45 minutes, constantly feels like a group of writers took elements of basic detective stories and classic hero’s journey tales and amplified them for the Pokémon theme. From the initial quest to all-hope-is-lost moments to a rousing comeback, the film seems determined to leave any narrative ambition to the side in exchange for showcasing the Pokémon throughout. One scene, about two-thirds of the way in, almost deliberately calls back a musical number from Frozen that diminishes the stakes of the film.

Behind the camera, the film works rather well. The script, a group effort by four people, adds some well-timed jokes for every character, leading to a large number of humorous moments. Rob Letterman’s direction, last seen in 2015’s Goosebumps, creates some scenic moments between the humans and Pokémon, leaving viewers with beautiful shots if nothing else.

Pokémon Detective Pikachu provides a great platform to launch a live-action series of Pokémon films. However, if they’re to continue, they must allow themselves to expand their story depth and provide room to evolve.