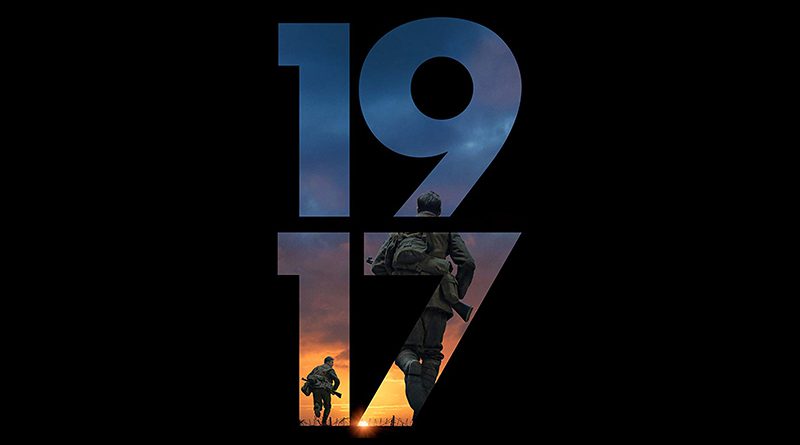 Surprise: With 1917's surprise win at the Golden Globe Awards, it could provide the only real twist in a safe Oscar season.
PHOTO COURTESY OF UNIVERSAL PICTURES
A&E
January 24, 2020January 24, 2020 Corbin Bolies

With the Golden Globes Awards, the first of many awards shows out of the way, the final outlook for the Academy Awards has begun to take shape.

Amidst a field of films that had Martin Scorsese The Irishman leading with five nominations, the film came away with zero Golden Globe awards, leading one to wonder if the film has the legs it needs to carry it through the Oscars. Its losses gave way to a surprise winner in Sam Mendes’ 1917, a one-shot-framed epic centering on World War I that only released widely a week after the Globes. In doing so, the war film now finds itself among the frontrunners for Best Picture.

That’s not to say there is no competition. Quentin Tarantino’s Once Upon a Time…in Hollywood and The Irishman still lead the pack in a crowded year, with underdogs like Noah Baumbach’s divorce drama Marriage Story and Boon Jong-Ho’s twister Parasite still holding strong. That’s also in competition with films like Joker, which hasn’t been tainted much by its initial controversy, Taika Watiti’s Holocaust spoof Jojo Rabbit and Greta Gerwig’s revamp of Little Women. Even with an added twist, the odds still aren’t dramatically changed.

Even the acting fields are still remarkably safe. The two expected winners, Joaquin Phoenix for Joker and Renée Zellweger for Judy, both claimed their respective trophies, besting the likes of Adam Driver’s lost director from Marriage Story and Charlize Theron’s transformation into Megyn Kelly for Bombshell. The only added spice was Taron Egerton winning Best Actor in a Comedy or Musical for Rocketman, restarting that film’s Oscar conversations in a category that isn’t Best Original Song.

That plays to the lead story among this year’s film season, which is that, aside from the Best Picture race, there aren’t any expected surprises. It’s unlike the 2019 Oscars, which had Olivia Coleman triumph over Glenn Close for The Favourite in a race that seemed locked; or the 2018 season, which had The Shape of Water beat out the likes of Get Out, Dunkirk and Lady Bird for the top prize.

That’s not to say things can’t change between now and the telecast. Still to come are awards from the production guilds (acting, writing, directing, producing, etc.), who each have their own track records in determining the eventual winners. Plus the actual campaigning itself, which has long been beneficial to films that have put in the work for it.