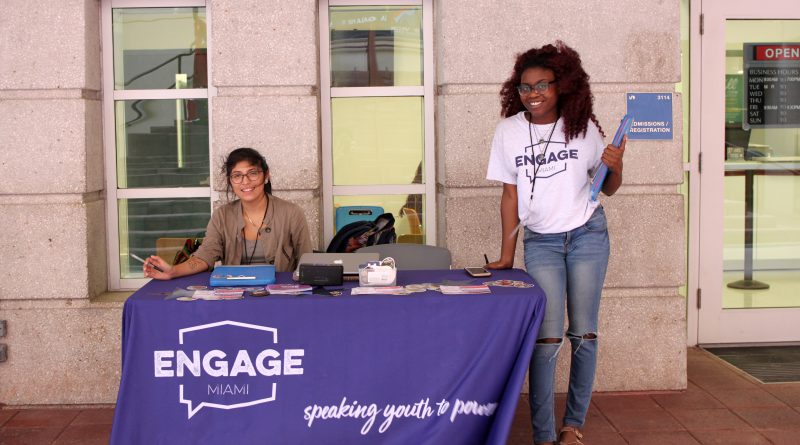 The political wave is coming to Miami Dade College.

The College’s Institute for Civic Engagement and Democracy recently updated their voter engagement website to make it a widespread, nonpartisan voter engagement initiative ahead of the midterm elections on Nov. 6.

“We want students to know there is no excuse to not vote,” said Joshua Young, director of iCED. “In spite of the incivility, of the problems with politics in our country, of our seeming inability to bridge differences and find common ground, opting out of voting and political involvement is not the answer.”

The goal, Young says, is to inform students that they have a hand in the decisions made by their elected officials, as long as they cast their vote.

“The decisions of elected officials impact students’ education, housing, transportation, the environment—every aspect of their lives,” Young said. “We want students to realize that it is up to them to create the future they want.”

The plan starts with a revamped website. At www.mdc.edu/vote, students will be able to watch testimonials from other students stating why it is important to vote. The featured students are paid interns by MDC.

Though the website has been available since the last midterm elections in 2014, Young felt that a reboot was necessary in order to further increase voter turnout. His plan for the improved website is to have it become a figurative “one-stop” where students can use it to find all the information they may need to be informed citizens.

“The youth is the largest voting block in America yet [they] don’t show it in elections,” said Fiorenza Diaz, a voter engagement worker at Wolfson Campus. “We must be involved in our democracy to make sure our voices are heard.”

According to the National Study of Learning, Voting and Engagement through Tufts University, only 19.2 percent of MDC students, who were eligible to vote, cast their ballot in the last midterm elections in 2014.

Young hopes to raise that total by 15 percent this year. The first step is to get students informed about the issues.

“We want every student who is eligible to vote to receive the support and information he/she needs to register and become informed,” Young said. “We also want students to know that MDC is making it easy for them to be election ready.”

It starts with voter registration. iCED is planning voter registration events on every campus on Sept. 25 to coincide with National Voter Registration Day, and continuing up until the Oct. 9 deadline. The group is also partnering with the League of Women Voters to host Decoding the Ballot events to help students understand the paper ballot.

The College will also organize transportation to early voting sites and encourage people to sign up for poll worker positions, aiming to fill Miami-Dade County’s goal of 6,000 poll workers for the Nov. 6 election.

“[The midterm elections are] an opportunity for citizens to express their concerns in the form of a vote,” said Herby Zephir, a voter engagement worker at Homestead Campus. “It empowers citizens to appoint a representative that’ll push forth initiatives that favor them.”