According to SGA President Hafeeza Rahman, Angela Macias sent an e-mail on Oct. 11 stating that she would not be continuing as vice president. She requested a leave of absence due to family issues.

“I had to drop all my classes because of problems I am having,” Macias said. “I am now working for a private company.”

Macias and SGA officers and advisers declined to specify what the issues were.

Meanwhile, Macias said she hopes to enroll at Miami Dade College in the spring semester and return to SGA, however, Rahman has appointed Executive Director Giselle Heraux as vice president. The announcement was made via e-mail on Oct. 13, Rahman said.

“I work very closely with the school senators and will continue to make this [institution] the best that it can be,” Heraux said.

According to the North Campus SGA constitution, the executive director assumes the duties and powers of vice president in his/her absence, resignation or removal from office.

“At this point I’ll keep the position open. Everything is running smoothly so I don’t find it necessary to fill it in,” Rahman said. “We are getting all the work done so there is no need.”

“I feel our goals are the same as they were before,” Anzalotta said. “[Them leaving] had nothing to do with their performance.”

Appointed positions, selected by the president include the executive director, parliamentarian, director of internal affairs and historian.

On Oct. 4 the senate meeting minutes, official records of gathering proceedings, mention that Macias was excused from the meeting. The Oct. 11 minutes does not list Macias present, absent or part of the executive board. Then the Oct. 18 record lists Heraux as vice president.

There are no records in the senate meeting minutes specifically stating that Macias and Seros stepped down.

“It is sort of troubling that there is no official record,” said Adam Goldstein, Attorney Advocate for the Student Press Law Center. “The minutes are terrible and are not serving the community.” 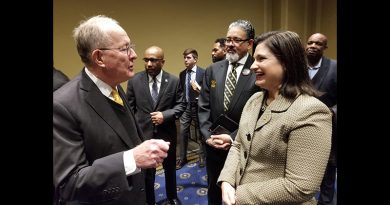 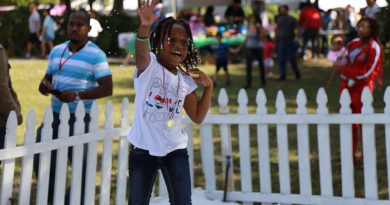