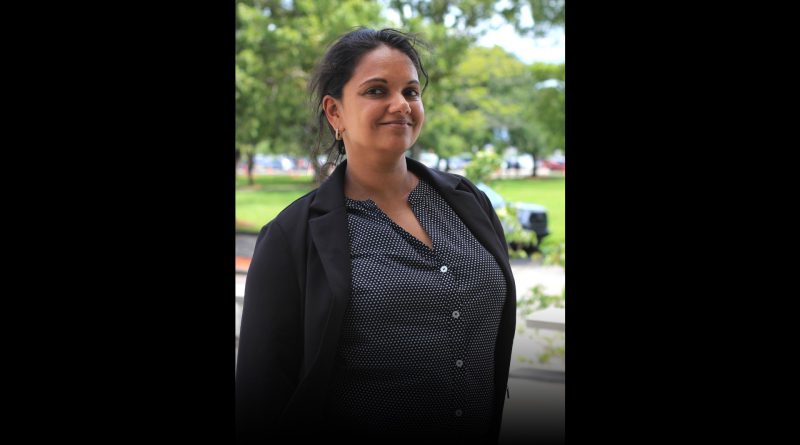 She plans to protect companies from cyberattack instead of fraudulently infiltrating them.

In March, Delessy, a computer science and programming professor at North Campus, was certified as an ethical hacker by the International Council of E-Commerce Consultants, an international cybersecurity accreditation firm.

Delessy is the first professor at Miami Dade College to be certified. An ethical hacker is a computer security expert that penetrates computer networks and servers, with the permission of the owner, to identify potential security threats that illegal hackers could exploit.

“Everybody knows nowadays that cyber security is huge,” Delessy said. “An important part of defending a network is to get to know your opponent. We know that if we want to defend information systems, we have to understand how the hackers act.”

The U.S Bureau of Labor Statistics reports that employment opportunities for information security analysts is projected to increase by 28% by 2026.

“This is a field that keeps on growing. There is always something new to learn,” Delessy said. “It’s a constant chase between the cyber security people and hackers.”

Delessy didn’t always have a passion for computers.

She was born in Guadeloupe, a French island in the Carribean. In 1998, she obtained a bachelor’s degree in physics from Université des Antilles in Guadeloupe before moving to Paris two years later. By 2002, Delessy earned a master’s degree in engineering from Télécom ParisTech.

Her career shifted once she discovered an interest in computer technology and security.

In 2004, Delessy moved to Florida to be closer to her home country. She received a Ph.D in computer science from Florida Atlantic University in 2008.

Prior to working at MDC, she taught at Grambling State University, a historically black public university in Grambling, Louisiana.

She has been teaching at MDC since 2013. Although the College offers an ethical hacking class, she regularly incorporates the trade into all of her subjects to help students identify potential security threats in digital networks.

Her journey to certification began in February of 2018. Delessy studied concepts for two months—an exhaustive juggling act considering that she is raising two sons and teaching. Two months later, she started working with a certified instructor at the EC-Council at a two-day training workshop. She completed a four-hour test in March to secure her certification.

“This opens up a world of opportunity for the College. To have someone like professor Delessy, who is at the highest level of the field, obtain this certification really says something about the quality of education we can provide for our students,” said Anselm Knights, chairperson of the engineering and technology department at North Campus. “Someone like her can inspire the next generation of women in technology.”

Delessy currently serves as the advisor of the North Campus technology club, an organization that focuses on giving students a better understanding of computer science through guest speakers and collaborative projects.

“Working with professor Delessy is great, because there’s always something new to learn from her,” said Clint Laborde, president of the club. “She has great passion when teaching and is very supportive to the point where she never turns a student down if they need assistance. She goes above and beyond for her students.”