As the deconstruction process of the parking garage at MDC-West continues, a new  temporary parking lot opened for students this January at Doral Central Park  (formerly J.C. Bermudez Park).

Located in the northern section of the park, at NW 33 St. and 91 Ave., the newly fenced area has space for about 40 to 50 cars and a loop road where yellow school buses wait to shuttle students to the campus, which sits approximately three miles away.

“This is important to me because it’s very close to my house and my job,” said Ingrid Julio, computing major at MDC-West.

Specifically, the Doral Central Park lot is meant to relieve students who were parking on a dead-end stretch of NW 117 Ave. that parallels the Turnpike. Ignoring a number of posted “no parking” signs, students parked on the grass without lighting or security amenities. The City of Doral reached out to the College and ended this practice prior to creating the Doral Central Park lot through a partnership.

On a recent Wednesday morning by 7:45 a.m., ten vehicles occupied the lot bearing MDC parking decals. Some students find the new lot convenient while others don’t like the fact that they have to take a bus to get to school.

Abril Cienfuegos, a business major at MDC-West, thinks the lot opens up the possibility of a more accessible parking lot for those who live nearby.

Elvira Rodriguez, a driver for A. Oliveros, explained that the goal is to have at least one bus present at Doral Central Park at all times. Presently, as soon as one student boards the bus, drivers wait 10 minutes before driving to the College via NW 33 St., which is a 10 to 12 mile commute according to Google Maps and Rodriguez. There are no amenities such as benches or chairs for students to wait for the buses. Students typically resort to waiting inside their vehicle if there is no bus present.

“I can’t stand it,” nutrition major Valeria Moreno said. “I feel like a kid. I have to be taken to school by a school bus.”

Parking isn’t completely nonexistent at the MDC-West Campus itself. Student Life Director, Ana Demahy, explained that students who carpool to campus, have a disability tag in their vehicle or can prove to the Public Safety office that they have an ailment that requires them to park at the campus are able to do so.

The parking garage at MDC-West is being dismantled after a catastrophic garage collapse (of a garage that was under construction) at MDC-West Campus on Oct. 10, 2012. The accident left four construction workers dead and forced the closure of the campus for three months. Dismantling of the garage is expected to last a couple more months and the construction of a new parking garage will begin immediately after and is expected to take between a year and 18 months to build. 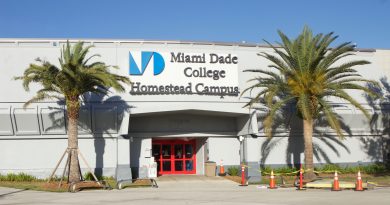 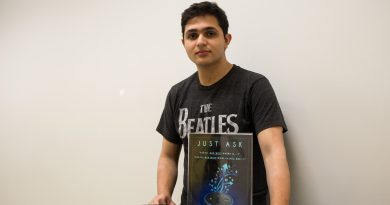 Feeling Lost On Campus? Now you can Ask Alexa