Robin Starks, a 26-year veteran of the City of Miami Police Department, has been hired as the new public safety chief at Kendall Campus.

“I’m very passionate about helping people,” she said. “There are many times I tend to put others before myself.”

Starks, 49, has won multiple awards and achievements during her professional law enforcement career. She was awarded the Dade County Association of Chief of Police Award and International Association Officer of the year award. She has 15 certifications under her belt, such as: an FBI Woman’s Certification,  a Female Survival Certification, and a Defensive Tactics Instructor Certified.

She started her career in law enforcement in 1989 as a public service aide for the City of Miami Police Department before becoming a police officer in 1990. During her time at the City of Miami Police Department, Starks worked in various specialized units such as street narcotics, and the Specialized Investigation Section, handling vice detail, money laundering dignitary protection, smuggling, community relations, and internal affairs, among other duties.

In addition, she has been a long-time instructor at Miami Dade College’s School of Justice, training recruits on handling investigations, report writing, firearms, defensive tactics and human issues.

The public safety chief position at Kendall Campus has been vacant for the past 10 months, after the previous chief, Armando Guzman, left the position to become the chief of police at the City of Miami Springs. Assistant chief, Carlos Tinoco, has overseen the department in the interim.

What inspired Starks to apply for the job was the opportunity to hold a position that would allow her to guide students and staff at Kendall Campus using her experience in law enforcement and community service.

In 2013, Starks started a not-for-profit organization called Starks Elite Athletic Organization. The organization’s goal is to help young men and women achieve training and mentoring in all types of sports and fitness.

Starks has also made special appearances on shows including,  NBC6 with Julia Yarbrough, Channel 10 with Michael Putney, and the Click it or Ticket it commercial.

Lorena Umaña ,19, is a mass mass communications/journalism major at Kendall Campus. Umaña, a 2014 graduate of Felix Varela Senior High School, will serve as a staff writer for The Reporter during the 2015-2016 school year. She aspires to work for National Geographic or become a book editor. 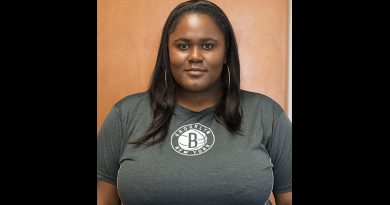 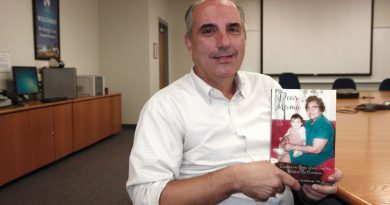 Professor To Discuss Book: Dear Mama: Lessons on Race, Grace and the Wisdom To Overcome