When it was announced that Ryan Gosling would be making his directorial debut telling a story of an underwater town and monsters, my first thought was, ‘Awesome.’ But when the film premiered at Cannes this past May, reactions were anything but. Many cited a Gosling incapable of separating his directorial flourishes from the influencers they originated from, such as David Lynch and Nicolas Winding Refn. While the negativity surrounding the film is undesirable, I remain hopeful. Universal adoration isn’t something polarizing works often call home. Refn’s Only God Forgives and Ridley Scott’s The Counselor were both annihilated by critics, and they ended up being two of my favorite 2014 films. I’m looking for a three-peat in Lost River.

Synopsis: A single mother is swept into a dark underworld, while her teenage son discovers a road that leads him to a secret underwater town; Written and Directed by Ryan Gosling; Starring Christina Hendricks, Saoirse Ronan, Eva Mendes, Matt Smith and Ben Mendelsohn; Release Date: TBA

Writer-director William Monahan has penned a few mediocre movies (Body of Lies, Edge of Darkness, London Boulevard), and a couple of good ones (Kingdom of Heaven, The Departed). Outside of the paper, he’s directed two films, London Boulevard and now the desert thriller Mojave. A trailer has yet to surface, so I’m not sure what the movie will feel like tonally, but I’m hoping for the patience of David Michôd’s Australian drama The Rover.

I throw my hands up in the Ayer sometimes, and when I do I usually have a good time. David Ayer (who struck gold in 2001 with his screenplay for Training Day) has written and directed some hits and misses, but his work is almost always entertaining. It wasn’t until 2012’s intense cop drama End of Watch that I really took to Ayer and made sure to follow his future work. Sabotage followed (and stumbled) earlier this year, but like Ayer’s other blunders, I had fun with it. Now his second film of the year is on the rise, the World War II tank drama Fury, starring Brad Pitt, Logan Lerman, Shia LaBeouf, Michael Peña and Jon Bernthal. This thing looks really great; it could be Ayer’s best work.

Synopsis: April, 1945. As the Allies make their final push in the European Theatre, a battle-hardened army sergeant named Wardaddy commands a Sherman tank and her five-man crew on a deadly mission behind enemy lines. Outnumbered and outgunned, and with a rookie soldier thrust into their platoon, Wardaddy and his men face overwhelming odds in their heroic attempts to strike at the heart of Nazi Germany; Written and Directed by David Ayer; Starring Brad Pitt, Logan Lerman, Shia LaBeouf, Michael Peña and Jon Bernthal; Release Date: October 17

Although Ridley Scott is one of my favorite directors, I won’t sit here and tell you that the sword-and-sandal epic Exodus: Gods and Kings couldn’t potentially be a mess; and that’s why I’m excited for it. Scott has taken risks lately with films like Prometheus and The Counselor, mortality tales which beguiled and perplexed the world but did wonders for me. In a 2012 Playboy interview, Quentin Tarantino spoke about how directors typically don’t get better as they get older. “I’m on a journey that needs to have an end and not be about me trying to get another job,” he said. “Even if it’s old and I’m washed up, I’d still want to do it. I want this artistic journey to have a climax. I want to work toward something.” The 76-year-old Scott certainly seems to be pursuing something and whatever it is, I’m more than happy to continue taking the ride.

Originally slated for a December 2013 release, Bennett Miller’s Foxcatcher will finally be hitting theaters this November with high praise from Cannes to spare. I really enjoyed Miller’s last two (Capote, Moneyball) and have high expectations for this. Mark Ruffalo is always fine, but my attention is focused on Channing Tatum and Steve Carell, who respectively play wrestler Mark Schultz and paranoid schizophrenic, multimillionaire sponsor John du Pont. From Step Up to Soderbergh, Tatum has really grown over the years, and Foxcatcher seems like it’ll be one of the most notable marks in his filmography. The same goes for Carell, who’s left his comedic comforts for the creepy and unsettling.

Kid Cudi’s grand REVOFEV gets the job done damn well in the trailer for Kill the Messenger, a bio-drama based on journalist Gary Webb’s unearthing of the CIA’s cocaine filled dealings. As soon as the track hits, I’m transported; and then there’s Jeremy Renner’s (who I like a lot) top billing. He’s been in the business for about 20 years but didn’t see real success until the past seven. (2008’s The Hurt Locker being his notable splash.) Since then I’ve enjoyed pretty much everything he’s done; even Hansel & Gretel: Witch Hunters, which is forgettable but brisk fun. Kill the Messenger has real potential to be great.

The Disappearance of Eleanor Rigby

Making its premiere at last year’s TIFF (Toronto International Film Festival),The Disappearance of Eleanor Rigby was originally a two-part film, respectively titled Him and Her. The two parts were then edited together in the form of Them, which saw Cannes this year and will see theaters in September. (Him and Her will also be released, in select art house cinemas in October.) While I’m attracted to the material for personal, romantic reasons, it’s the way in which the narrative varies in perspective that really piques my curiosity.

Synopsis: One married couple’s story as they try to reclaim the life and love they once knew and pick up the pieces of a past that may be too far gone; Written and Directed by Ned Benson; Starring Jessica Chastain,James McAvoy, William Hurt, Bill Hader, Viola Davis and Isabelle Hubbert; Release Date: September 12

A Most Violent Year

Writer-director J.C. Chandor appears to be growing. His 2011 Wall Street drama, Margin Call, I enjoyed. Last year’s quiet, seafaring drama, All Is Lost, I liked. But with A Most Violent Year, I can really see Chandor knocking it out of the park. New York City. 1980s. Crime. Corruption. Bring it.

Synopsis: A thriller set in New York City during the winter of 1981, statistically one of the most violent years in the city’s history, and centered on the lives of an immigrant and his family trying to expand their business and capitalize on opportunities as the rampant violence, decay, and corruption of the day drag them in and threaten to destroy all they have built; Written and Directed by J.C. Chandor; Starring Oscar Isaac, Jessica Chastain, Albert Brooks, David Oyelowo and Alessandro Nivola; Release Date: TBA

Thomas Pynchon’s Inherent Vice is a book I intend on reading before the movie hits theaters on December 12. Mysteries, particularly crime novels, are a personal favorite. I’m not familiar with the material, but from the outside it looks like very different territory for Paul Thomas Anderson. I’ll have a better idea once I read the book.

There’s nothing I like more than a perfectly placed piece of music. The trailer for Dan Gilroy’s Nightcrawler is an absolute wonder and one of my favorites of the year. In a small piece I wrote on the film last month, I talked about the entrancing sounds found in the preview.

‘Set to CSS’ White Lies-Ladytron offspring Faith in Love, this trailer is a shining example of how powerful a brilliantly placed song can be,’ I said. ‘Stern piano chords open the preview and build towards a cathartic crescendo of subtle electronics and distant voices that complement the film’s apparent theme of obsession.’

Twenty pounds lighter for the role, Jake Gyllenhaal plays a manic, freelance journalist traversing the seedy underworld of Los Angeles in his red Challenger SRT8 392, photographing grisly crime scenes along the way. Even though Gyllenhaal was nominated back in 2006 for his work in Brokeback Mountain, he’s always seemed like the silent assassin of the industry, continually giving strong performances while managing to evade the attention of most. I think his cover’s about to be blown with this movie.

I read the Gillian Flynn mystery Gone Girl late last year in preparation for the movie hitting theaters this October. To say that the novel’s loopy narrative is a tough thing to adapt is an understatement. Even with Flynn penning the screenplay herself and dark man David Fincher at the helm, this will be no easy feat. But I’m confident it’ll be great and more interested in seeing how they’ll make it great versus how they could screw it up. And if there’s one thing I’m probably anticipating more than the movie itself, it’s Trent Reznor and Atticus Ross’ score.

Synopsis: With his wife’s disappearance having become the focus of an intense media circus, a man sees the spotlight turned on him when it’s suspected that he may not be innocent; Directed by David Fincher; Screenplay by Gillian Flynn; Starring Ben Affleck, Rosamund Pike, Neil Patrick Harris, Tyler Perry, Carrie Coon and Kim Dickens; Release Date: October 3

It was in 2006 when Interstellar existed as just a treatment conceived by producer Lynda Obst and long-time friend, physicist Dr. Kip S. Thorne. By 2007 it was readying for a screenplay adaptation by Jonah Nolan, brother of Christopher Nolan. Steven Spielberg was considering directing. Impressively and admirably, Jonah spent four years at Caltech studying relativity while putting together the script in order to further his knowledge on the film’s topic. Here we are in 2014 with the finished product, directed by Christopher Nolan. I haven’t anticipated a movie this much in quite some time, and I think it has something to do with the unlimited possibilities of such a grandiose piece of science fiction. This genre, to me, is the greatest landscape for creativity and exploration; and to have a filmmaker like Nolan helming it makes me excited beyond my wildest dreams—I’m ready for interstellar travel. 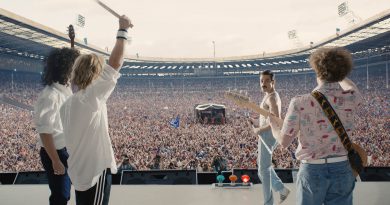 Golden Globes Set the Stage For The Oscars 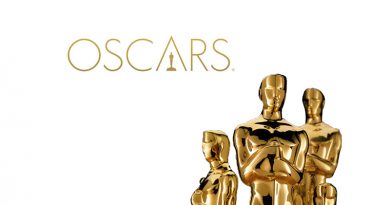 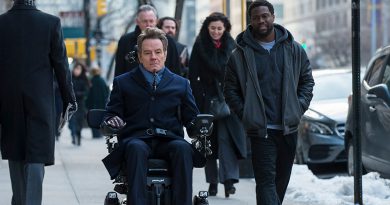