As the film landscape heads into awards season, so too does the Miami GEMS Festival.

The Miami Film Festival announced the first four films of their 2018 lineup — Diamantino, The Heiresses, Hopelessly Devout and Boys Cry. All four films will compete for the Jordan Resser First Feature Award, a jury-selected prize that grants the winning filmmaker $10,000 for their winning debut.

Each film adds the international touch the GEMS festival is known for, with each coming from Portugal, Paraguay, Spain and Italy, respectively. Their inclusion also brings an element of prestige to the event, with the titles Diamantino and The Heiresses earning recognition at film festivals like Cannes and Berlin.

Diamantino, the breakout comedy-drama debut of Gabriel Abrantes and Daniel Schmidt, tells the story of a disgraced soccer player whose career ends after a broken knee. After the injury, the player begins to explore the more twisted elements of life. The film was warmly received after its premiere at Cannes in May, eventually winning the Grand Prize during the event’s Critics Week.

The stakes are also high for The Heiresses, a drama centered around two female partners whose financial situation forces them — and their lives — to change. The film has been acclaimed since its premiere at the Berlin International Film Festival, earning the Silver Bear — named for individual achievements for directing and acting — for Best Actress and the Alfred Bauer Prize, an award given to films that open up new, cinematic art pieces.

The other two films, Hopelessly Devout and Boys Cry, round off the four-film lineup. The former, the winner of the Audience Award at the Malaga Film Festival, centers on a woman who must fight back against waves of sexism after being passed on a leadership role with her church.

The latter — the winner of the Silver Ribbon, the Best Feature Film of the Year award by Italy’s National Syndicate of Film Journalists — lies on the opposite end of the gender spectrum, with Damiano and Fabio D’Innocenzo’s Boys Cry details the loss of innocence of two teenage boys after they get swept up in the mob.

The films are only the latest films to compete in the GEMS festival, the home of other renowned films like Brooklyn, The Salesman, Youth and Call Me By Your Name, the latter of which won Best Adapted Screenplay at the 90th Academy Awards.

The 2018 Miami GEMS Festival will be held Oct. 11-14 at Miami Dade College’s Tower Theater, 1508 S.W. 8th St. Tickets will be available once the full program is unveiled later in September. 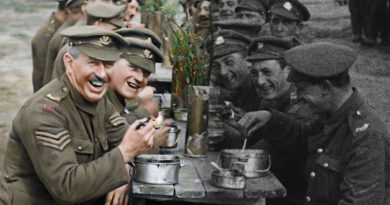 They Shall Not Grow Old Shines As World War I Insight