Once users enable their location and choose MDC as their organization, the app’s GPS will recognize the user’s  location on campus. The app allows people to call and message public safety directly, and the person’s location shows up on their respective campus’ dispatch area monitor.

“Students don’t know public safety, none of the eight public safety numbers,” said Yakir Fernandez, the director of emergency preparedness at MDC. “You are at the campus and you want to call them; you have options.”

“This is basically supplementing somebody calling,” Fernandez said. “So they might not feel comfortable enough to call or to walk to the window.”

The app allows you to look up all public safety incidents that have occurred in the past year at any campus. However, programmers haven’t determined if the incidents reported will be available for users to see immediately.

“We have to take a look and decide that’s something that we’re going to do and, at the end, if there’s going to be any value to it,” Fernandez said.

Also, users can ask another person to track their path as they walk.

“It allows you to send that friend a request, and they don’t even have to have the app; a web based screen shows up,” Fernandez said. “It doesn’t have to be in the parameters of the school.”

Users will also receive notifications from the MDC alert system and, in case of an emergency,  the programmers can geofence an area and request for all users within it to identify whether they’re safe. Facebook has a similar feature.

Helpful information at all eight MDC campuses, such as locations of blue light phones, buildings and parking garages, will be available under the Safety Map option.

The team is comprised of college administrators and staff in different disciplines.

LiveSafe replaces the safety app In Case of Crisis. The previous app only showed college emergency plans, so the College terminated the service and began evaluating the new app in late 2015.

The app is available in the App Store and Google Play  for free to students, parents, faculty and staff of MDC.

LiveSafe was co founded by  Kristina Anderson, one of the survivors of the Virginia Tech shooting. Since its launch in 2013, the app has been implemented by more than 200 organizations, including malls, hospitals and universities.

Henley Garcia contributed to this report. 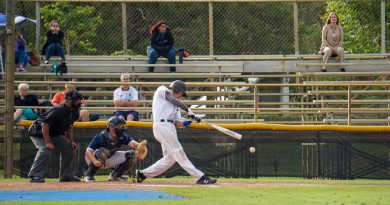 33 National Championships Have Won MDC Athletes Nothing But Empty Seats