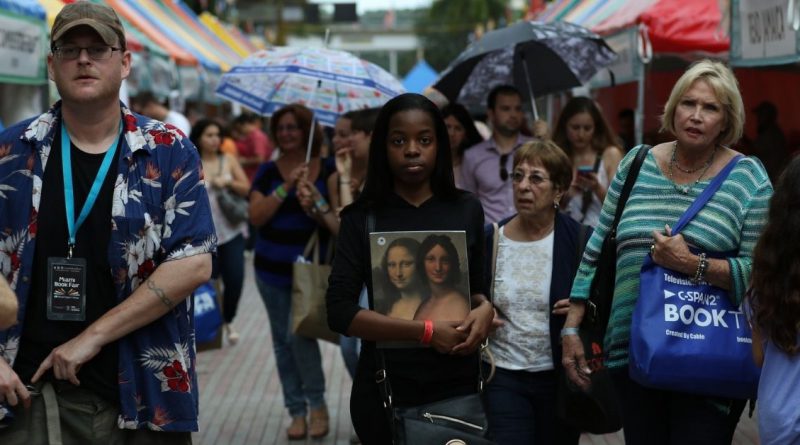 Ultra, the Calle Ocho Music Festival, the Doral Food  & Wine Festival and the Miami Beach Pride Festival were all canceled or postponed this year because of the coronavirus.

Could the 38th annual Miami Book Fair be next?

“It’s going to be an online experience like a Netflix-style website,” said Lissette Mendez, the MBF’s program director.

The Book Fair, which will run from Nov. 15-22 with a mix of prerecorded and live-streamed events, will feature more than 171 English-language and 80 Spanish-language authors from places like Latin America, Haiti, Canada, and the United States.

They include activist Erin Brockovich, the author of Superman’s Not Coming: Our National Water Crisis and What We the People Can Do About It; former New York Times foreign correspondent Anthony DePalma, author of The Cubans: Ordinary Lives in Extraordinary Times; American journalist and political satirist P.J. O’Rourke, who wrote A Cry from the Far Middle: Dispatches from a Divided Land; history professor Yanela G. McLeod, author of The Miami Times: The Fight for Equality: Race, Sport, and the Black Press, 1948-1958; and Peniel E. Joseph, a Haitian American historian and author of The Sword and the Shield: The Revolutionary Lives of Malcolm X and Martin Luther King, Jr.

Award-winning Canadian author Margaret Atwood known for her novel, The Handmaid’s Tale, will kick-off the festivities.

All the events will be hosted on a new website that works similar to a streaming service: attendees sign in using their email and create a password to open a list of programs, panels and conversations that allow the user to create a custom page of events they want to attend. When the viewer clicks on an event, the link takes you to Crowdcast—a live video platform for webinars that looks similar to YouTube.

The website, which is not live yet, currently lets prospective attendees sign up for email updates about the MBF and will eventually allow them to receive author lineup reminders.

Mendez said that although the Book Fair won’t be on campus, attendees can expect the same top-notch program as always.

“This event is going to be exactly the same,” Mendez said. “We will be having the same kind of authors, and a variety of topics and genres for all ages.”

Staples such as the popular Evenings With author series and live Q and A sessions will go on virtually. Speakers will include something for everyone with screenwriters, poets, journalists, and cartoonists slated to participate.

And although the Street Fair won’t be happening, there will be Street Fair booths on the website and a marketplace so attendees can buy books and authors’ merchandise.

Sofia Ramirez, a sophomore at Kendall Campus who attended last year’s festival, thinks that going virtual was the right move.

“As avid readers, we need some sort of literary entertainment which the Book Fair provides,” Ramirez said. “It allows a wider audience from all over the world to attend this event and to visit the different speakers and events.”

Not having the Book Fair was never an option, Mendez said.

“We believe strongly in the conversations about the different topics and points of view and making sure that kind of program and information has a way out into the world,” Mendez said. “That is very important to us so after consulting with the team, there was no will at all whatsoever for canceling the Miami Book Fair.” 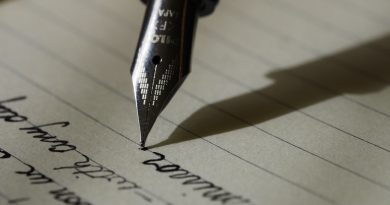