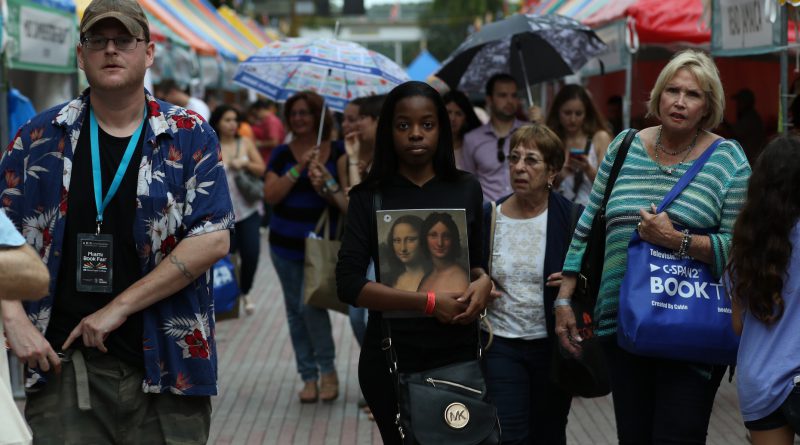 Downtown Miami will once again be the destination for the highly-esteemed 34th annual Miami Book Fair. The book bonanza will run from Nov. 12 through 19, hosting hundreds of nationally and internationally renowned authors and speakers.

“The most important thing to me about The Book Fair is that it is a kind of cultural event in South Florida that is very open and welcoming of all people,” said Lissette Mendez, director of programs for the MBF. “The spirit of the Book Fair is one of openness and inclusiveness so that we can bring as many people together as possible.”

Biden will be speaking about his memoir Promise Me, Dad: A Year of Hope, Hardship, and Purpose, on Nov. 18. at 7 p.m. at the Adrienne Arscht Center for the Performing Arts. Tickets will cost $40 and will include a copy of his book.

The lecture will cover the big political moments of his career, life-altering choices and traits that he has developed to help him persevere through challenges, including the loss of his son, Beau.

On Nov. 15 at 8 p.m., former Democratic National Convention Chair Donna Brazile will speak about her book Hacked: The Inside Story of the Break-ins and Breakdowns That Put Donald Trump in the White House which offers an in-depth look into the DNC during the 2016 election. The event will be held at the Chapman Conference Center in Room 3210 at Wolfson Campus , 300 N.E. Second Ave.

Former First Daughters Barbara and Jenna Bush will also be speaking about their new book Sisters First: Stories from Our Wild and Wonderful Life, which takes readers behind the scenes of their lives as first daughters, on Nov. 16 at 6 p.m at the Chapman Conference Center.

The official opening of the Book Fair will begin with Light’s On At The Porch on Nov. 12 at 4 p.m. This event will include music, food trucks, outdoor games, a community coloring wall from The Wynwood Coloring Book, Silent Poetry Disco curated by the Academy of American Poets, outdoor photo exhibits, the Miami Stories Recording Booth and Biscayne Bay Brewing Beers.

The Porch, which began in 2015 and is considered one of the hot spots of the Book Fair, will feature a lineup of local performers, including improv, comedy, live music, cabaret, film and art all week long.

It will also include events such as Drag Queen Bingo on Nov. 13 at 6 p.m. and The Bearded Ladies who are cabaret artists who tackle the politics of gender, identity and artistic invention that same evening at 7 p.m.

Another Book Fair staple is the Street Fair, which will take place Nov. 17 through Nov.19, from 10 a.m. to 6 p.m. Participants who purchase a ticket will be able to walk the streets between the Wolfson Campus and see an array of books, including comic books and graphic novels and various other exhibitors.

The Fair will also feature the IberoAmerican Program, which will include more than 80 authors from around the world, including Argentina, Bolivia, Chile, Colombia, Cuba, Spain and more to take part in a series of readings and discussions ranging from the reach and limits of Latin American populism to a tribute in honor of  One Hundred Years of Solitude by Gabriel García Márquez.

The event is free for Miami Dade College students, faculty and staff with a valid ID. 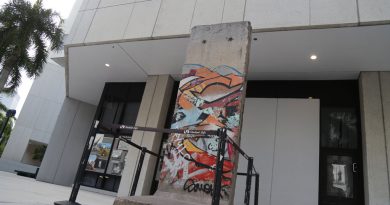