Miami Dade College added to its repertoire of historic buildings by negotiating a one-dollar-a-year lease for 115 years to take stewardship of the David W. Dyer Federal Building.

On June 3, a  signing ceremony was held at Wolfson Campus at the corner of N.E. 3 St. and 1s.t. Ave. in front of the  David W. Dyer Federal Building.

The elegant limestone structure was last used in 2008 but has been vacant and moldering in the years since. The College recently unveiled plans to preserve and protect the historical elements and artwork of the courthouse while also adapting for future plans.

“It means everything. It’s one of the country’s premier buildings for its design and history,” said Paul George, historian and sociology professor at Wolfson Campus.

The College anticipates that the courthouse will help bring the historic building back to life, dividing classroom and learning spaces and also serving as a venue for lectures, meetings and community events. Plans include creating a platform for the Law Center, School of Architecture, Miami Fashion Institute and other college programs.

Millions of dollars will be invested into the courthouse to see the plan come to fruition. The  College will apply for government grants that are available for the restoration of historic buildings to fund the renovation. The project is expected to support initial job growth and academic activity as well as relocating workforce training and educational programs.

“This is a triumph for our city, for our state, but for our nation, because what we are doing here today is entrusting a respected institution with the responsibility of preserving the history of our city and preserving and giving opportunity to new generations of Americans and residents of this city through the gift of education,” said MDC president Eduardo Padrón. “And that’s what that building from this moment on is going to be. It  is the door of opportunity. It  will be the door of opportunity for thousands and thousands of individuals that will reach its doors in order to get a passport to a better life through education.”

The College has restored and reused significant historic buildings in the past such as the Tower Theater in Little Havana and the Freedom Tower.

“No better partner to realize the potential [of the Dyer Building] than Miami Dade College,” said Congressman John Mica. “This is a federal treasure for Miami Dade College and its students, and it’s all about the students.” 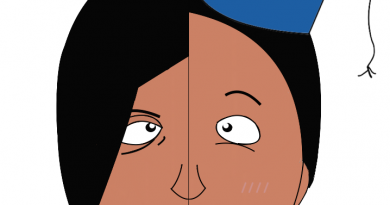 My Journey To Success At MDC