Joshua Calarino, a North Campus student, received the national 2016 Voice Awards in the Young Adult Leadership category this summer for his effort in making his community a better place.

“Winning means that I am making changes for the better, in my community and nationally,” said Calarino, 20, who graduated from International Studies Charter High School and is currently majoring in nursing at North Campus. “I want to be able to help anyone that needs help.”

While in high school, Calarino joined Youth Move Miami, a local branch of a national organization dedicated to support people dealing with issues related to mental health, juvenile justice and child welfare. In 2014, Calarino became the vice president of the Miami chapter for the nonprofit.

The national honor is given yearly by the federal government’s Substance Abuse and Mental Health Services Administration to honor leaders and individuals in the behavioral health community who shine a light and raise awareness on mental health and addiction issues.

“I am rather unsure of what I want to do [in the future] at this time,” Calarino said. “All I know is that I want to help more people.” 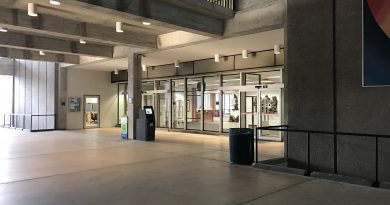