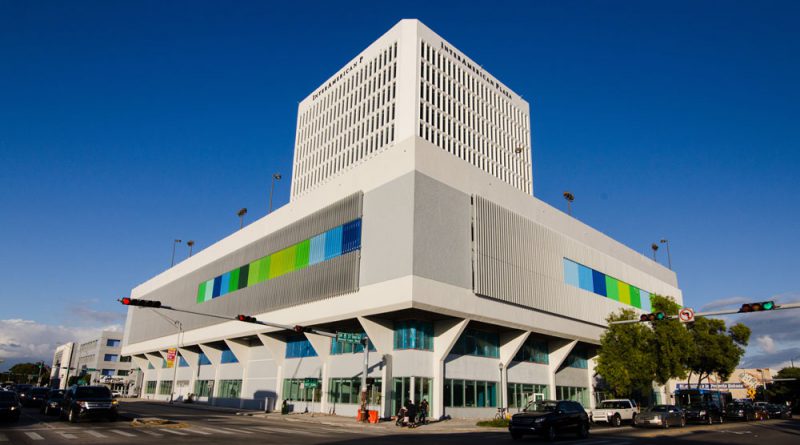 Vice chair Jose K. Fuentes proposed the surprise motion to honor the outgoing president, who announced on Feb. 1 that he will retire from MDC at the the end of August after nearly 50 years at the College—almost 25 of them as president. Bernie Navarro, chairman of the board, called for the entire board to second the motion together rather than individually. The motion was pass unanimously.

Padrón, emotional and taken aback, was heartened by the move.

“I am very grateful, especially for naming a place that has so many memories for me,” Padrón said during the meeting. “My hope is to build my legacy in a way that will honor this decision and will always reflect well on this institution.”

Fuentes first floated the idea to former vice chair Hank Klein late last month when discussing ways to honor Padrón. After discussing different methods and locations, Fuentes figured InterAmerican would be the most symbolic location to honor Padrón’s legacy due to the campus’ close ties to the Cuban community and the close proximity between the Tower Theater and downtown’s Freedom Tower, two MDC locations.

“It’s very reflective of Eduardo,” Fuentes said. “It just has such symbolism that it was the right place to memorialize a person like Eduardo Padrón.”

The transition will happen gradually, with IAC’s current signage remaining in place until an official renaming ceremony happens before the end of this year, according to communications director Juan Mendieta. Internally, however, the change will take effect immediately.

Malou C. Harrison, president of North and the Padrón campus, understands the nature of shepherding the campus under its new name.

“[It’s] a very tall order,” Harrison said. “But I’ve always held Miami Dade College in such high esteem that this is actually going to be a joy to continue that legacy of striving for that tall order in the name of Eduardo Padrón.”

In an interview, Navarro noted that legacy, believing the newly-named campus will firmly cement Padrón’s name in Miami’s history.

“Dr. Padrón espoused the beacon of hope,” Navarro said. “This institution sits at the table with the most major institutions in this country—Dr. Padrón is the one that brought that.”

“I’m quoted as saying many times, ‘when the story of Miami is finally written, on the first page we have to talk about Dr. Padrón’ because of everything he represented to this community,” he continued. “That’s what I hope this building will represent. ”

InterAmerican Campus was officially incorporated as a campus on March 27, 2001. Before then, it was Wolfson Campus’ Division of Bilingual Studies and then the InterAmerican Center before being petitioned to the state for campus status by the then-Board of Trustees.  The now-Eduardo J. Padrón Campus serves 14,244 students.

Padrón wants the campus to continue to be a beacon of opportunity for the community it serves.

“That building is located in a community that has been built by immigrants that have been provided the door of opportunity to become responsible citizens engaged in the community,” Padrón said. “I hope the building will represent hope in capital letters, because that’s what this institution is about.”